With global sales of $5 billion in 2007, baby care (which, defined by Euromonitor International, includes cosmetics and toiletries products for children 11 and under) remains one of the smallest categories in cosmetics and toiletries. However, with sales growing by 9% a year on average since 2002, the sector holds strong potential for further development—especially in emerging markets where increasing personal wealth and high birth rates keep the growth at double-digit levels.

Eastern Europe and Latin America lead the way in growth in the global baby care product market. The regions contributed 40% of the market’s absolute growth during the past five years. On the contrary, sales of baby care in developed markets—including North America, Western Europe, Australasia and Japan—were disappointingly slow, reflecting falling birth rates in these countries.

In Eastern Europe, sales grew 13% in 2007, driven by strong economic growth in most of the region, particularly in the markets of Russia, Ukraine and Poland. Improved economic conditions combined with greater political stability made consumers more optimistic about the future and led to a rise of birth rates, notably in Russia—where the population had been shrinking since the beginning of the 1990s. Strong economic growth has also driven development of the baby care market in Latin America, where such economies as Argentina, Brazil and Venezuela were fuelled by strong increases in global commodity prices. As a result, the market grew by 9% in 2007. Dynamic birth rates remain high in the region, fueling demand for baby care products in the future.

Japan: A Drag on Asia-Pacific Growth

The Asia-Pacific region lagged behind other more dynamic global markets with a 7.4% compound annual growth rate (CAGR) throughout the past five years—though 2007 was a bright spot with above average growth. Japan contributed to the slower growth, where sales of baby care products were disappointing with only 1.1% CAGR from 2002–2007. Japan is, by far, the largest market in the region.

Other countries throughout Asia-Pacific experienced stronger growth, driven by high birth rates, burgeoning wealth and falling baby mortality rates. The loosening of single-child policy in China—where authorities in first-tier cities (including Beijing, Shanghai and Guangzhou) allow parents from single-child households to only have two children—coincided with the year of the Golden Pig, which further boosted birth rates due to the belief that babies born during this year would enjoy good luck.

In Japan, the birth rate continued to fall in 2007 from 8.2 children per 1,000 down to 8.1. As a result, manufacturers did not attempt to expand their product lines in baby care. Consequently, there was little new product development, and this, combined with the declining consumer base, resulted in continuing overall decline in 2007 in volume and current value terms.

While the number of children per family is declining, globally, the spending per child has grown from less than $2 in 2002 to $3.50 in 2007, according to Euromonitor’s research. Rising global wealth, especially in emerging markets, boosted sales of baby care products, allowing parents to buy more luxury items such as baby fragrances—in addition to basic baby toiletries such as shampoos. Also, with fewer children to raise, many parents choose more expensive products for their children, either premium brands or natural and organic products.

Many parents feel their childhood was lacking because they did not have luxury items as children. Now, they try to compensate for their own perceived losses by pampering and indulging their children. This, combined with strong influences from the media, resulted in strong growth in such product segments as baby fragrances. The category expanded at double digit 2002–2007. CAGR rates in countries such as Brazil were 25.8%, Russia, 21.2% and France, 19.7%.

Demand for natural baby care products continues to rise across many markets. Parents have become particularly concerned about the level of chemicals in baby products—which they believe, combined with environmental issues, are responsible for rising rates of baby allergies. The trend is particularly strong in Western Europe, North America and developed Asia (Japan and South Korea), where more affluent parents choose premium priced natural products as they seek products they believe to be safer and gentler for their children. In Eastern Europe and many emerging Asian and Latin American countries, natural products hold historical appeal to parents. These markets have access to cheaper local natural brands, and, as a result, sales of natural baby care products are strong.

Baby sun care, valued at $446 million worldwide, according to Euromonitor International, remains one of the fastest-growing subcategories due to efforts to raise awareness of the danger of the sun. Asia-Pacific, Latin America and Western Europe demonstrated the highest growth regionally. For this category, leading manufacturers and retailers teaming up with government and health organizations in an effort to increase awareness has provided significant boost to growth. Education efforts, for example, in Chile include collaboration between the National Cancer Corporation and Farmacias Ahumada, leading to consumer awareness and action toward monitoring UV exposure.

The global market for baby care products is dominated by Johnson & Johnson, which holds more than 35% of all baby care sales worldwide with its flagship brand Johnson’s Baby. Its closest rival, Beiersdorf’s Nivea Baby, has only 4% of the global market. However, the competition is heating up for the market leaders. Direct sellers show strong growth, especially in emerging markets. Brazil’s Natura Cosméticos, which was ranked 12 in value sales in 2001 globally, jumped into fourth place, growing nearly 30% a year. Growth was fuelled by expansion in its domestic Brazilian market and increasing natural product interest across Latin America.

A number of local companies in emerging markets have created strong competition for international players: Kalina (No. 4) in Russia, Tianjin Yumeijing Group (No .3) in China, Dabur (No. 2) in India, Osotspa (No. 3) in Thailand, Tsu Cosméticos (No. 3) in Argentina and Batterjee Cosmetics (No. 2) in Saudi Arabia. Although international brands dominate market share, domestic baby care brands, such as Yumeijing from Tianjin Yumeijing Group Co Ltd, continued to hold significant share in 2007. Yumeijing’s good performance at a national level, to illustrate smaller players’ approach to gaining share, is helped by its strong focus on local regional needs—baby lotions and creams in northern China (where the dry climate requires better moisturizing products) and understanding toiletries general popularity in south China.

Baby care will remain one of the fastest-growing sectors of the global cosmetics and toiletries market throughout the next five years, according to Euromonitor International’s forecast. The market will expand by nearly $1 billion to reach $6 billion by 2012. Globally, baby toiletries and baby skin care are expected to be the fastest-growing sectors, expanding 4% each year in constant prices. However, in developed countries such as North America and Western Europe it is sun care that will be the leader by growth due to high awareness of the solar radiation danger.

Geographically, almost half of the absolute growth will come from Asia-Pacific, where China is forecast to be the major contributor. In this area, the sales of baby care are expected to grow more than 7% a year. Eastern Europe is another region where baby care is expanding at a rapid rate, just below 6% per annum. On the other hand, baby care markets in North America and Western Europe will be growing slowly, around 1% a year in constant prices, due to low birth rates.

The key growth drivers in baby care in the next few years will be high birth rates and growing wealth in emerging markets, especially in BRIC countries. In developed markets, premiumization and preferences for natural and organic products, as well as growing awareness of the threats of over-exposure to sun, will drive the growth. However, falling birth rates and the number of children per family will almost offset these two trends. Increased offerings of products for children ages 8–11 will also fuel the growth of the global baby care market.

ALEXANDER KIRILLOV manages Euromonitor International’s research of the global cosmetics and toiletries industry, providing strategic analysis of the global C&T market. He holds an MBA from the London Business School, and studied economics at the University of International Relations in Moscow. 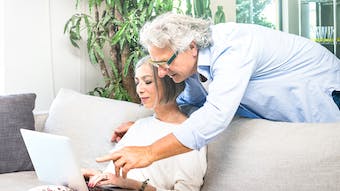 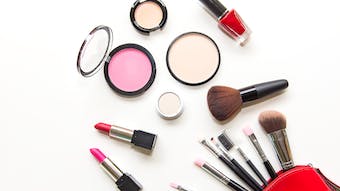 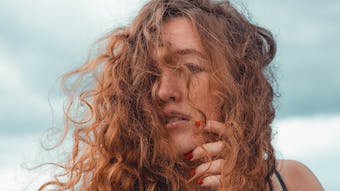 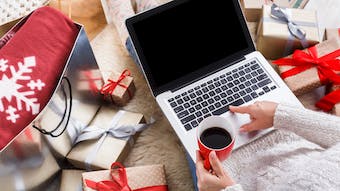