Jean Maubert, president of the Robertet SA supervisory board, has passed away. He was 84.

Maubert's career, which included 32 years as chairman and CEO of Robertet, began 61 years ago. In 1999, in recognition of his exemplary career in French industry, he was named an Officer of the Légion d’donneur by French president Jacques Chirac. "Until his very last moments, he had been totally immersed in the business and enriched the company through his passion and optimism," said Peter Lombardo, president of Robertet USA and member of the supervisory board. "He will be sorely missed by all of us whose lives he has touched."

"Throughout his career he was able to anticipate the right decisions and instill in the company the innovating commercial spirit which has created such sure foundations for future development," said son Philippe Maubert, the company's current chairman and CEO.

Jean Maubert was a key familial link in the history of Robertet, which was founded by Jean-Baptiste Maubert in 1850. With Philippe Maubert at the helm, Robertet boasts Christophe Maubert as president of the fragrance division, Olivier Maubert as president of the flavor division, and Catherine Canovas and Isabelle Maubert on the supervisory board. Among Jean Maubert’s 13 grandchildren, some are already preparing to join the family business. "We love what we do; it’s an education. From father to son, we are all steeped in flavors and fragrances," said son Olivier Maubert, in an interview for the company in 2006. 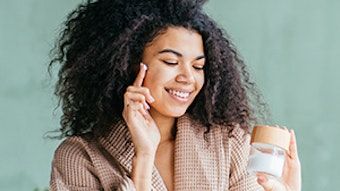