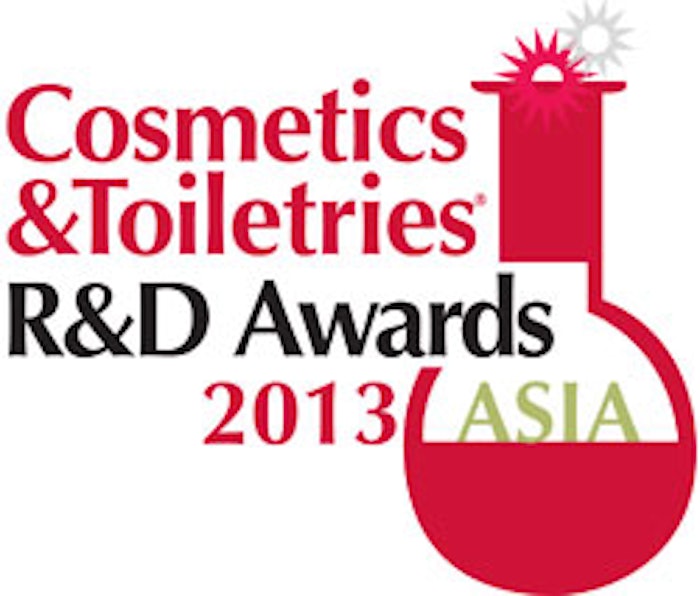 GCI's sister publication, Cosmetics & Toiletries, is extending the submission deadline for its R&D Awards—Asia until August 12, 2013. The awards, presented at in-cosmetics Asia in Bangkok in collaboration with event organizer Reed Exhibitions, Thailand, will honor one new cosmetic/personal care raw material and one new finished product targeted to the Asian market.

Nominations are reviewed by an esteemed panel of international experts, who select the winners for two categories—Best New Ingredient and Most Creative Application. Eligible entries must be associated with a raw material or finished product for the Asian market launched between August 2012 and November 2013. In addition to being announced during in-cosmetics Asia, to be held October 29-31, 2013, winners will also be profiled in Cosmetics & Toiletries.