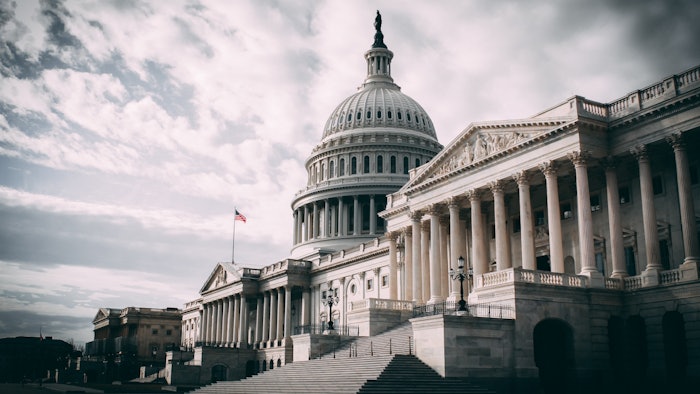 "I’m glad we were able to work in this legislation to ensure the FDA can, at long last, provide meaningful oversight to cosmetics and dietary supplements."

Today (June 14, 2022), the U.S. Senate Health, Education, Labor and Pensions (HELP) Committee, led by Chair Patty Murray (D-WA), advanced five bipartisan bills, including the U.S. Food and Drug Administration (FDA) Safety and Landmark Advancements (FDASLA) Act, which among other changes, will strengthen the oversight of cosmetics and dietary supplements and some lab-based tests, as previously reported.

According to HBW Insight, the bill (S. 4348) would "make the FDA’s Voluntary Cosmetic Registration Program (VCRP) mandatory and require serious adverse event reporting, recordkeeping of any and all adverse event reports for six years, and compliance with good manufacturing practices as established by FDA regulation, among other new responsibilities for cosmetics manufacturers. Further, it would empower the FDA to order product recalls, demand access to company records, and suspend facility registrations—essentially shutting down operations—when serious safety concerns arise."

The bill would make the FDA’s VCRP mandatory. . . and empower the FDA to order product recalls, demand access to company records and suspend facility registrations..."

Introducing the bill, Senator Murray offered the following opening remarks (as prepared for delivery), according to the HELP Committee: “Following so many alarming reports in the past of known carcinogens in products like baby powder, hair spray and kids’ makeup kits—and so many years of dietary supplement manufacturers making unsupported health claims without any serious FDA oversight—I’m glad we were able to work in this legislation to ensure the FDA can, at long last, provide meaningful oversight to cosmetics and dietary supplements.

“Families in Washington state turn to so many of these products every day—and people deserve to know they are truly safe and effective." Murray added, “I’m also grateful to Senators Durbin and Braun for their work on regulating dietary supplements. ... And Senators Feinstein, Collins and Baldwin for their leadership on cosmetics reform. Senator Kennedy began to work on cosmetics in this committee 25 years ago, and I’m proud that we are finishing it here today."

However, as HBW Insight reported, Richard Burr (R-NC), who introduced the bill with Senator Murray, said the bill has “a long way to go” before it becomes law. He also criticized the FDA in view of the recent baby formula crisis, underlining the FDA may not "deserve the resources and new authorities proposed by the bill."

It is unclear whether the bill will be reviewed again in committee before moving to a full Senate vote, HBW Insight added. Notably, the S. 4348 bill increases funding for the changes to the program; the U.S. House user fee legislation version H.R. 7667 does not include the "cosmetics modernization rider."