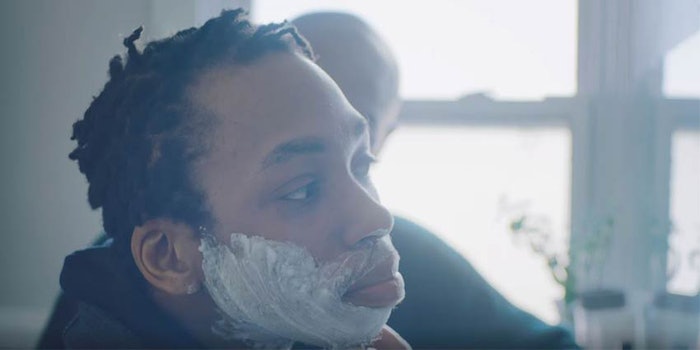 Less than six months after launching—to equal parts praise and backlash—Gillette has released another entry for its “The Best a Man Can Be” campaign, this time featuring transman Sampson Brown.

The ad shows Brown’s father teaching the young man how to shave for the first time. "I shot this ad for Gillette and wanted to include my father, who has been one of my greatest supporters throughout my transition, encouraging me to be confident and live authentically as my best self," Brown said in a Facebook post. "With the help of Gillette, I was able to share an important milestone in every man's life with my father."