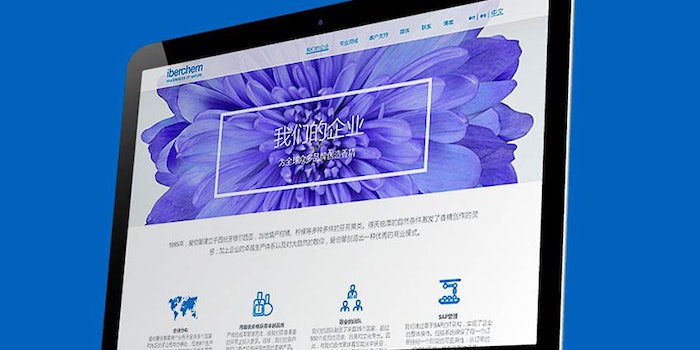 Aimed at supporting the company’s Asian expansion plan, it is similar in appearance to the English and Spanish websites but adapted for more intuitive navigation for the market. Videos come with Chinese subtitles, making them easier for Chinese-speakers to view.

The news comes shortly after the company announced the opening of a production facility in Bangkok. Iberchem also has production centers in Jakarta, Indonesia and Guangzhou, China (the company’s second biggest facility after Spain), as well as sales offices and creative centers in Shanghai, Singapore and India.

“The new website has been developed collectively between the head office and Iberchem Guangzhou,” said Guillaume Audy, corporate communication manager. “We wanted to make sure that all the essential characteristics of the market were reflected and transmitted seamlessly to the local audience. Furthermore, this initiative marks a new step in our global 2.0 strategy.”