Local is the New Global: The Rising Age of Multi-Localism 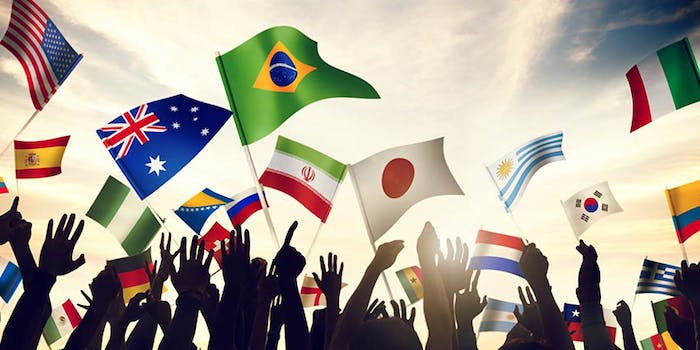 As the Cold War ended and technology rapidly advanced automation, the global marketplace became dominated by globalization. Globally integrated value chains and mass-market products became the way of the world as humans bridged the barriers, geographic and otherwise, which previously kept us apart.

But as the political tide has taken a turn toward populism—think Brexit  and the election of Donald Trump—the era of globally integrated value chains and mass-market products is coming to a close, say the experts A.T. Kearney’s Global Business Policy Council.

In Competing in an Age of Multi-Localism, the experts write that five key factors have ushered in an age of multi-localism—one defined by a preference for local industries, products and customs.

“A lot of these drivers have been slowly bubbling up,” says Courtney Rickert McCaffrey, manager of thought leadership at A.T. Kearney’s Global Business Policy Council. “And now we’re at a point where they are having a significant impact.”

Rising political risks—Including rising populism driven by the competition, offshoring of production and downward wage pressure caused be liberalized trade and open markets. (Since the end of the Great Recession, the report notes, the world’s 60 largest economies have enacted more than 6,000 trade barriers.)

“Consumers all over the world are readier to buy, and are more attracted to smaller brands, local brands—we see in a lot of markets that consumers just trust larger brands less than they do in the past."

Shifting consumer preferences—Such as growing demand for local and personalized product; reasons include the aforementioned growing populist and nationalist sentiments, growing concern about the environmental impact of purchases (particularly those which must be shipped long distances and require more resources to be brought to market) and the rise of e-commerce.

Additionally, research indicates that the majority of consumers in many markets—including the United Kingdom, France, Japan and the United States—say they have “very little or no confidence in large corporations and brands.”

When it comes to consumer preferences, says McCaffrey, “You’re seeing a lot of innovation in China and Asia.”

The introduction of modern industrial policies—Growing pressures to indigenize production, with economies around the globe seeking to accelerate the modernization and diversification of their economies; the United Nations Conference on Trade and Development reported that 84 countries, including developed and emerging markets alike, have recently implemented policies which take into account factors such as job creation, skills development, the promotion of entrepreneurship and innovation, digital access and deployment and bringing opportunities to underdeveloped areas.

Advancements in technology—Shifting economics of production locations; the “Fourth Industrial Revolution” has transformed the what, where and how of production, discarding and reuse, shifting the manufacturing model to one in which companies can product cost-effectively in local markets—even those in developed regions with higher labor costs.

Transitions in corporate governance structures and attitudes—Expanding the emphasis on the social license to operate, as consumers demand values-based, sustainable and socially conscious brands and a growing number of investors calling for companies to forego short-term performance gains in favor of long-term value generation.

How Businesses Should Respond

The report’s authors argue that companies need to focus on thriving in local markets by becoming locally integrated enterprises.

What are some keys to succeeding in this new landscape?

What the Beauty Industry is Already Doing

"Younger consumers want brands that have a story, and are selling an image along with a product."

“This is much easier said than done, we realize,” says McCaffrey. “But if they don’t develop that in all their core markets, they’re really putting themselves at risk from these localization drivers”

And smaller companies and indie brands are in a particularly advantages position, adds McCaffrey: “Consumers all over the world are readier to buy, and are more attracted to smaller brands, local brands—we see in a lot of markets that consumers just trust larger brands less than they do in the past.

"Younger consumers want brands that have a story, and are selling an image along with a product. Smaller, niche brands and startups actually do that better than their established competitors, so they have a leg up in attracting this consumer.”