On Sept. 15, 2011, Method unveiled its latest sustainable packaging offering—a bottle utilizing plastic collected from the North Pacific Gyre, often referred to as the Great Pacific Garbage Patch. The bottle is 100% postconsumer polyethylene, 25% of which is plastic collected from the Gyre. Partnering with Envision Plastics, a U.S. recycler, Method integrated new recycling processes to engineer Ocean PCR plastic that is, according to the company, the same quality as virgin HDPE plastic.

According to Leslie Guevarra on GreenBiz.com, the Gyre is a swath of ocean covering 20 million square kilometers, and the amount of plastic awash in the ocean is estimated to be twice the size of Texas—with, in some areas, the ratio of plastic to plankton standing at 10 parts of plastic to 1 part of plankton.

“By transforming the trash in our oceans into usable products that are safe for our children, our environment and our future, Method has proven that green business can grow our economy and create jobs,” U.S. Environmental Protection Agency administrator Lisa P. Jackson said at the press conference announcing the bottle.

According to the launch statement, Method made its first bottle entirely from postconsumer recycled plastic in 2006 and currently makes tens of millions of plastics bottles a year that are completely free from virgin plastic.

Method, according to Guevarra, plans to take the bottle to market in early 2012 with a major retailer, whom Method isn’t naming for now. 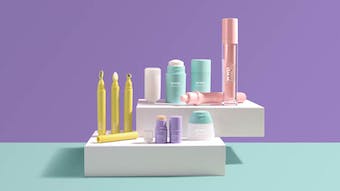