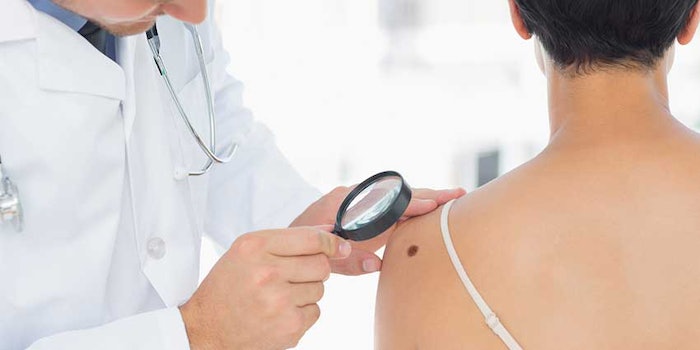 A team from the University of Bath’s Department of Biology and Biochemistry has discovered a new way to treat melanoma and possibly other cancers, too.

The researchers explored a group of “long non-coding RNAs” (lncRNAs) with colleagues at the Ludwig Institute for Cancer Research at the University of Oxford, and the Wellcome Sanger Institute and University of Lausanne, Switzerland. LncRNAs are molecules transcribed from the part of DNA that does not create protein and whose functions remains largely unknown. This particular group of lncRNAs was hypothesized to contain cancerous cells.

From a group of 245 lncRNAs that were associated with melanomas, the scientists identified one melanoma called Disrupted in Renal Carcinoma 3 (DIRC3). Grown in lab experiments, DIRC3 acted as a tumor suppressor to block the spread of human melanoma cells. Then, by using gene editing to switch off the production of DIRC3, the team saw “anchorage-independent growth” of melanoma cells—a sign of malignant cancer spreading. The cells were noted to have drastically increased by two to eight times.

The scientists also demonstrated that DIRC3 switches on a key tumor suppressor gene, IGFBP5, revealing the role of genetics in the complex networks important for melanoma growth and spreading to other parts of the body. The researchers then used clinical data to link DIRC3 expression to melanoma patient outcomes. They discovered that melanoma patients who produced high levels of DIRC3 had a statistically significant increased survival rate, compared with patients who expressed low levels.

In his interview video, Keith Vance, Ph.D., of University of Bath Department of Biology and Biochemistry stated, “This research [and clinical implications] is in a very early stage, but we are excited about the possibility of activating DIRC3 to develop new melanoma treatments. . .The problem of current treatments are that not all patients respond to treatments and in the many patients that do, they develop a resistance to current therapies. There’s a definite need for new melanoma treatments to be developed and we think targeting molecules such as DIRC3 could go a long way to be used in combination with current therapy to improve the treatment of this disease.”

For more information about this study, visit the University of Bath website.