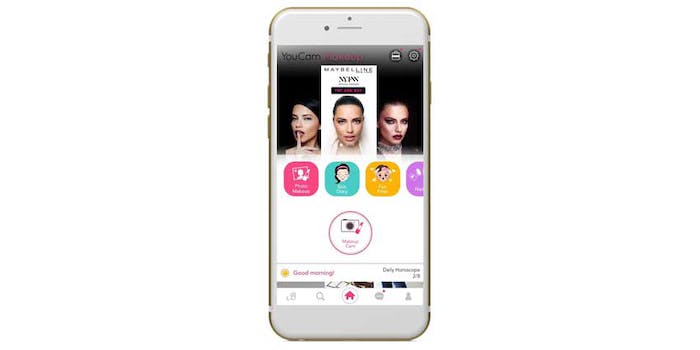 The collaboration between YouCam and Maybelline allows users of the app to access "New York’s runway-inspired looks ... in a true-life trial, one-tap shopping experience."

Laetitia Raoust, Maybelline New York chief digital officer, said, “Maybelline is excited to make our New York Fashion Week makeup looks easily accessible to women and provide them with the tools to make it their own thanks to YouCam’s innovative technology.