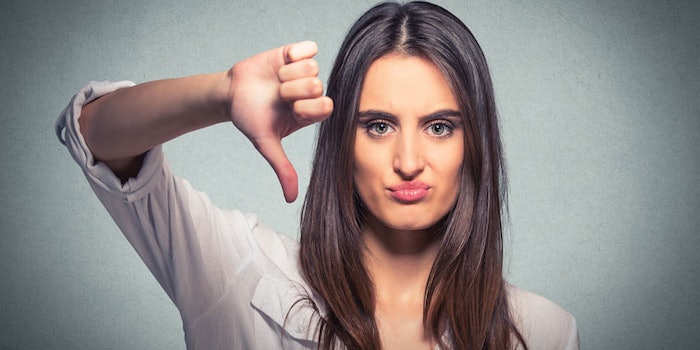 According to research conducted by Edelman, 17% of American consumers are willing to change their shopping behavior in reaction to a brand’s practices or stances on issues.

“Whilst trust takes time to nurture and establish, companies must have a clear vision of how they want to portray their brand,” said Cas Paton, managing director of OnBuy.com, which recently surveyed consumers’ attitudes toward brands. “To achieve this, transparency should be at the heart of all their operations. When companies fail to do this, and engage in activities that do not align with their core consumers’ beliefs and ethics, they endanger their reputation and face the real risk of consumer boycotts.”

For example, Dove was an undisputed marketing pioneer when, in 2004, it launched its positive, affirming and inclusive Campaign for Real Beauty, which recently partnered with mega TV producer Shonda Rhimes to create a three-minute film following a woman on her journey to realizing her own beauty through her love of dance. The campaign was built around the statistic that 69% of women reported not seeing themselves reflected in media.

Yet, despite its track record, Dove recently experienced a serious marketing misstep when it posted an ad that showed a black woman removing her shirt, only to reveal a white woman underneath. The offending ad set off a firestorm across social media, forcing @Dove to tweet: “An image we recently posted on Facebook missed the mark in representing women of color thoughtfully. We deeply regret the offense it caused.” But it was too late. The #boycott hashtag movement was already underway.

Today, brands are under unprecedented scrutiny by consumers who are motivated and armed with a global social network, which can quickly turn a small protest into a global boycott movement. L’Oréal has been targeted by groups such as Naturewatch for its use of animal testing, for instance, while Nars has faced a serious backlash for loosening its cruelty-free stance in order to access the Chinese market.

A recent report from OnBuy.com analyzed YouGov findings based on interviews with 2,000 U.S. adults, revealing the top 10 reasons American consumers will boycott a brand: