Sex Appeal: Four Tips for Marketing Men’s Products to Guys and the Women Who Buy for Them 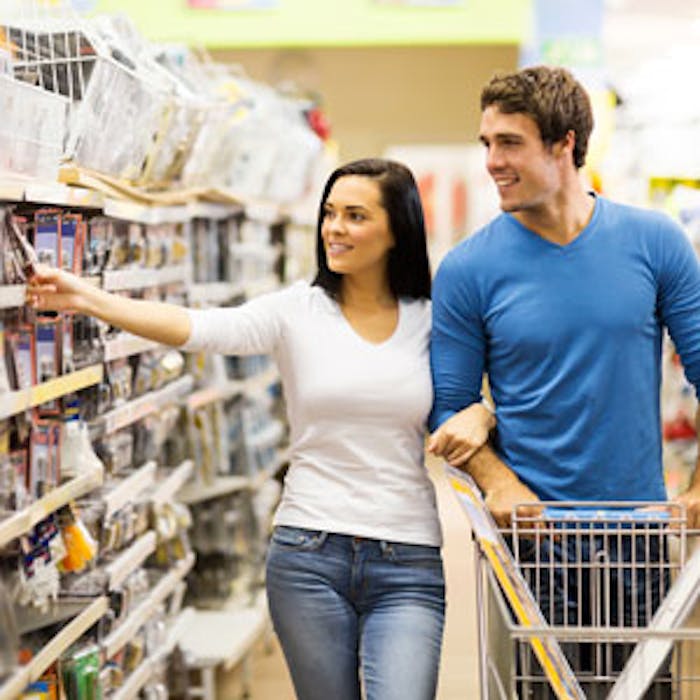 “Women are from Venus and men are from Mars” is more than just a psychobabble catchphrase from the 1990s; it accurately captures the differences in gender appeal when it comes to consumer behavior.

Think of all the ads and messages that portray men as buffoonish (the unkempt beer drinker) or overtly feminized (the waxed seducer in a fragrance ad). In a classic hetero vs. metro world of male marketing, the truth is that most men fall somewhere in between. Gone are the days when all you needed was an attractive woman to sell cars or beer to a macho man.

Though men, in general, can be cutthroat competitive, goal-oriented, interested in power and, frankly, wired very differently from their female counterparts, marketers must focus first on aptly targeted emotional marketing and the relevant benefits that products can provide and then on who is making the actual purchase: the man in question or a woman in his life.

Through a meta-analysis of messages across a plethora of categories including beauty and personal care, SKIM, an international marketing research consultancy, has derived four tips to keep in mind when creating claims and communications messages for men - and the women who buy for them.

Research has shown that “gender contamination,” a term formulated by Harvard Business School senior lecturer Jill Avery, is prevalent in modern advertising. It occurs when one gender “owns” a brand and its introduction to the other gender is perceived as threatening. Perhaps the rise of men’s grooming lines in the mid-2000s was indicative of this: Clinique’s Men’s Supplies, Biotherm Homme, L’Oréal Paris for Men or Dove Men+Care are all traditionally female brands that focused on morphing a feminine brand into a masculine one.

Men like to hear benefits that are functional and relevant to them. They need their body wash to clean and wash away the dirt, or their face wash to cleanse their pores. Women generally prefer more descriptive articulations that bring the products to life with benefits such as moisturization, supple skin, nourishment and other such aspirational adjectives. Even when women buy for their men, they look for a promise of efficacy that produces a desirable result. “Leaves hair smooth and shiny” or “leaves skin lightly scented” are claims that can appeal to women for themselves, or bring to life how they would like their men to look or smell. Men would vouch for “flake-free hair” as it addresses a more relevant problem. Given the dynamics of shopping behavior in households with couples, the balance between these is critical in determining motivation to buy.

Touch the Emotional Nerve Behind the Machismo Persona

When addressing men solely based on machismo, sure, scantily clad women may have worked in eras bygone. Emotional marketing today is about digging deeper to learn what men actually want for themselves. As noted, men focus on functional elements. A razor must be rust-proof; an aftershave must be cooling and eliminate razor burn. The common theme is a mandate that marketers leverage an emotional connection to preventing a negative—like men’s fear of balding, razor burn or dandruff on shoulders. A deeply emotional insight lies within their pursuit of the functional, and it can be tapped by showcasing how to avoid such negatives with claims that specifically target them.

Even with sensitive topics like hair loss, men perceive that products should “correct,” again implying a fix or alternative to a negative. Women aspire for products to revitalize and strengthen hair, and when they buy for their men, they continue to look for something that can be visualized. “A fuller scalp” would appeal to a woman because she can envision this on her man. It brings the benefit to life better than “Clinically proven to stop hair fall,” which would negate the fear better if a man was buying the same product for himself.

Give Men Proof, Validation of Numbers

Men are not browsers, and tend to focus on the needs of the moment—compared to women who can dwell and ponder and continue to shop later. As such, it is critical to be crystal clear to men, which is why men’s products tend to feature stark contrasting colors so that clear cut benefits can be viewed clearly and immediately: Nivea’s white packs with blue font or L’Oréal’s grey or black packs with neon accents. Men also prefer facts and numbers over the lengthy descriptions of benefits; they are more inclined to purchase a product that cites clinical proof versus simply a promise of “softness.” Having “three powerful nutrients” or “multivitamin + protein,” for example, and making benefits specific is an appealing notion for men (including the simplicity of using a “+” sign!). Such claims are often regarded as unique, too.

Before racing to R&D and legal teams to quantify potential claims, marketers should keep in mind that the numbers need to be relevant and credible. Extreme numbers, such as 100% blockage of a negative, dampen believability. To the other extreme, saying that the product prevents 25% of something seems tepid and inconsequential. It is a balancing act, but research has shown that men are noticeably more driven to numbers than women.

A key distinction with women is that speed drives differentiation when they buy for their men. Women know that men spend less time than themselves on grooming, and speed of a benefit and convenience of use are larger factors in searching for male grooming products. While traditional marketers think that women want their men to look good so they can show them off to their friends, it is more likely that they want to ensure the product actually delivers what it promises with minimal hassle and a quick application process.

Focus on Long-term Benefits, Not Immediate and Implausible Gratification

While benefits always override other elements in claims and communications, time is a facet that many brands use for differentiating themselves. Male shoppers decide which product attributes matter and determine what they want through a process of elimination. Women combine different elements to reach a more holistic decision. This simple shopping behavior affects the way the genders perceive time.

Men generally tend to prefer a long lasting benefit—for example, with hair styling products, a 24-hour delivery of benefits is most motivating, as it conveys a notion of being hassle-free. Women, however, regardless of whether they are buying for themselves or for men in their lives, are inclined to seek out the “right look.” They would rather invest in perfection as opposed to long-term “hold” and “staying power,” even for their men. In fact, the long lasting element is so assumed that they are often even turned off if the longevity of a beauty product is mentioned. Take “Stronger hair for up to two weeks” versus simply “Stronger hair,” women would likely prefer the latter as it implies timelessness.

On the topic of perfection, men are more likely to respond to healthy grooming messages than women, who seem to prefer products that amplify the beauty quotient. Even when shopping for their men, women prefer to see products that will enhance appearance and make their men better looking. Men, on the other hand, prefer a healthy, natural look. Case in point, a woman is likely to prefer a body wash product that claims to “Nourish your skin with a rich lather and gentle cleansers” while an identical men’s product is likely to claim “Fights skin dryness to help maintain skin balance.”

Naturally, this research does not indicate that women are unemotional; the descriptive wordings and visual nuances actually represent a more advanced stage of emotional decision making. Men and women emote differently, and women look for more aspirational gratification while men exhibit their emotions in overcoming a negative.

Ultimately, grooming makes the men look good, too. And to a large degree the modern man has broken from 20th century stereotypes by being interested in looking good, perhaps even more so than actually being good. With luxury men’s grooming products from Shiseido or Lancôme focusing on fatigue prevention and age protection, and Gauliter Monsieur offering beauty enhancements for men, there is mounting evidence of this shift.

So while men may indeed be from Mars and women from Venus, we see that the human species has one thing in common: the pursuit of self-gratification.

Scott Garrison is a manager at SKIM. He is experienced in conducting marketing communication development projects for consumer products, beauty and technology brands. He oversees SKIM’s claim development methods with a focus on emotional claims.

Sourabh Sharma comes to SKIM with a keen eye for understanding consumer behavior. He adds perspective to marketing research from his years in brand management and product development at L’Oréal, where he launched hair color and makeup products for brands in Asia and North America. With a multifaceted background, Sharma enables the firms he works with to acquire a stronger understanding of their end users. Furthermore, he strives to extract value from the evolving brand-to-consumer interface through his social media research.