Americans have gotten a reputation for ignorance of other countries and cultures. For years, I have been helping American executives learn how to conduct business in other countries, and many will admit that they are clueless on how to deal with other cultures. In the last few years, however, I have also worked with a growing number of foreign executives coming to conduct business in the U.S. They tend to believe that they are very familiar with the American business culture. Many don't know that they don't know—but think they do.

What do foreign business executives need to know about the American business culture that will help them avoid making costly mistakes based on flawed cultural assumptions?

Avoid Stereotypes: Some years ago, I heard a comment from a visiting businessman that he understood American culture very well because he had seen so much of it on television. I asked him what specific programs he had watched that taught him so much about the American culture. But the stereotypes represented in media outlets are often more like cartoons and not true pictures of American culture, and certainly not any guide to successfully conducting business in the U.S.

Perception of Time: Americans, especially business people, view time differently than most cultures. To Americans, how time is used is an indicator of our competence. As a result, we frown on anything that we perceive as wasting our time. It may be wasted in our own way, but when we do, it is often excused as an exception.

The Importance of Punctuality: Because of the American time prejudice, we dislike the lack of punctuality. Most other cultures are more forgiving and flexible about this issue, but Americans consider tardiness as either incompetence or disrespect.

Sacred Deadlines: We consider deadlines sacred once someone has agreed to meet them. While some cultures may be less demanding when it comes to meeting deadlines, and may even accept last minute excuses for delays, Americans consider them personal commitments and hold people accountable for meeting them.

Short, Clear Communications: With time at a premium (and worth more than money today), Americans want communications to be short and to the point. Other cultures may value eloquence more than accuracy and brevity. Americans want clarity, transparence and substance in the least amount of time. Although it is probably never the intention, sometimes the rush to save time can border on rudeness.

Greetings: Many cultures consider greetings as a form of friendship, affection and courtesy. Most Americans view greetings as nice but not necessarily vital to relationships and quality communications. A foreign executive might enter an American workplace in the morning greeting everyone with a smile and personal warmth and be offended by the lack equally warm response. Not all Americans feel a need for expressive greetings in the workplace, and may even think that a nod or a short "Hi" is adequate. Unfortunately, some foreigners may perceive such low-key responses to effusive greetings as rude.

Titles: Many cultures consider the use of company and government titles as a sign of respect. In American business, they are rarely used.

Networking: Business people everywhere generally have ample networks of friends, colleagues, contacts, relatives, neighbors, classmates and others that are a valuable source of help and information. Contacts are vital to conducting business successfully everywhere in the world. When foreign executives arrive in the U.S. to work in an American company, they may not realize how important it will be to the success of their activities to build a wide network of contacts and friends. For example, 70% of all jobs in the U.S. are obtained through networking.

Slang: All languages have idioms that may not translate well to other languages. Quite often, they are based on regional traditions, sports or other activities. American businesspeople tend to use a wide variety of slang expressions in business. Unfortunately, if you don't know their meaning, you may miss the entire point of a presentation or a conversation.

Emotions: In many countries, it is acceptable, even recommendable, to be emotional when communicating in business. In some cases, emotions are considered a manifestation of sincerity. In American business, emotional displays are often viewed as unprofessional behavior.

Etiquette: In a country as diverse as the U.S., what is considered acceptable etiquette varies widely. In most foreign countries, if a man is seated and is introduced to someone who is standing, it is customary for him to stand up before shaking hands. In the U.S., it is not necessarily considered a lack of manners if he just shakes hands while seated.

These are just a few of the cultural differences that characterize the American business culture. There are many more involving such issues as gender relationships, manager/subordinate relations, leadership styles, negotiation tactics, feedback, expectations and career guidance. And the same advice applies to both American and foreign executives when conducting business with other cultures: Do not assume that you already know all there is to know about them, and don't trust stereotypes you have learned. 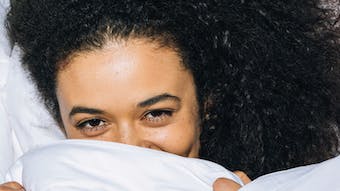 From directness to community-building, wellness brands are innovating beyond products and claims.
Nov 1st, 2021