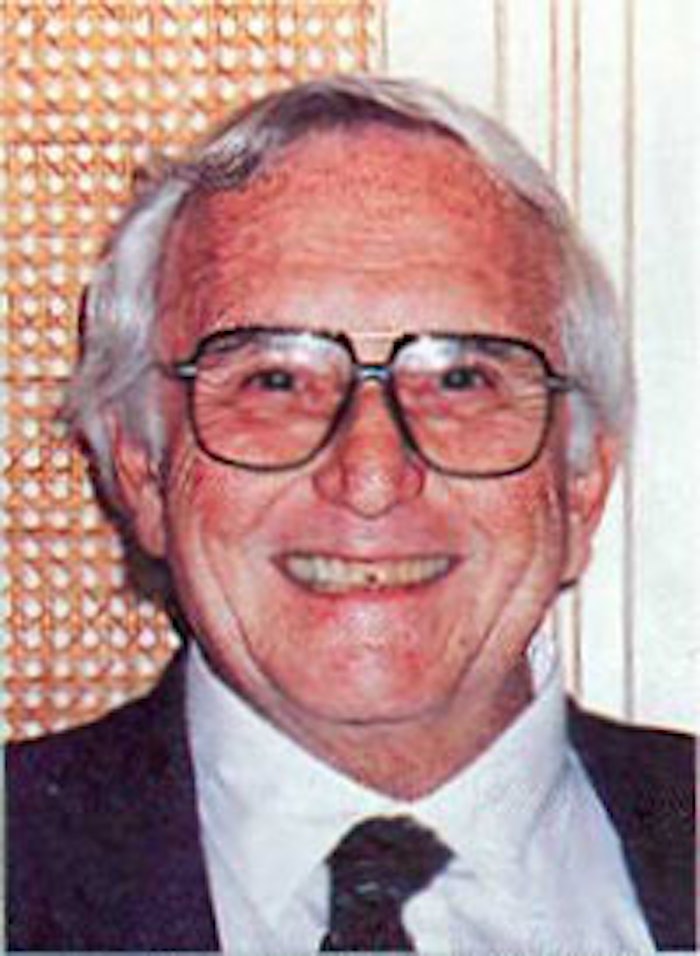 Courtesy of The Record.

Robert Goldemberg, a cosmetic chemist who preached the beauty benefits of egg yolk, olive oil, yogurt, honey and other kitchen ingredients, died Oct. 1 at an assisted living center in Ohio.

He was 83 and had Alzheimer's disease.

A native of Hasbrouck Heights and a Princeton graduate, Mr. Goldemberg worked for the cosmetic houses Coty, Shulton and Lanvin-Charles of the Ritz, as well as for Van Dyk and Co., which supplied raw materials to cosmetic makers.

While running a consultancy called Rakuma Laboratories, he received two patents for an oral rinse designed to loosen plaque. The invention was called Plax; it is now a product of McNeil Consumer Healthcare, a unit of Johnson & Johnson.

"Dad was a constant thinker," said his son, David, of Sonora, Calif.

Mr. Goldemberg, president of the Society of Cosmetic Chemists in the early 1970s, gave much thought to how people can glow without the use of chemicals.

"My mother took the brunt of my father's experiments," said David Goldemberg, who especially remembers his mother's multi-colored hair from his father's natural hair dyes.

Years later, Mr. Goldemberg and his second wife, Rose, whose pen name was Beatrice Traven, teamed up on "The Complete Book of Natural Cosmetics: An Authoritative Guide to Natural Beauty Aids That Can Be Prepared in the Buyer's Own Kitchen."

After Simon and Schuster published the book in 1974, The Record visited Rose and Robert Goldemberg at their home in Teaneck. Mr. Goldemberg explained that despite the beneficial properties of vegetable-based ingredients, the cosmetics industry cannot use them because of their brief shelf life.

The advantage of making cosmetics at home, he noted, is that you can tailor the product to your needs.

"Cosmetics you buy are like television shows," he said. "They're made for a million people."

And millions of people, no doubt, used the cosmetics Mr. Goldemberg helped develop earlier in his career.

"Sometime between the end of World War II and 1965, cosmetics turned from a cookbook thing to a science, and Bob Goldemberg was among the leaders in that change," said Steve Herman, technical sales director for J & E Sozio, a fragrance firm in Edison. Herman took over the (Chemical Reaction) column Mr. Goldemberg wrote for many years in Drug and Cosmetic Industry magazine (now GCI magazine).

"He was a good chemist, a good formulator, and he was willing to share what he knew," Klein said.

When he wasn't whipping up face creams in the kitchen, Mr. Goldemberg penned poetry and played the flute.

Mr. Goldemberg, who also had lived in Demarest and Haworth, was divorced from both his wives. Patricia Goldemberg, his first wife, died in 1999. Rose Goldemberg lives in New York City.

In addition to his son and second wife, he is survived by two daughters, Kathy Holmes of Hiram, Ohio, and Sharanne Goldemberg of Kent, Ohio; his companion, Eva Roth of Mahwah; a sister; four grandchildren and one great-grandchild.