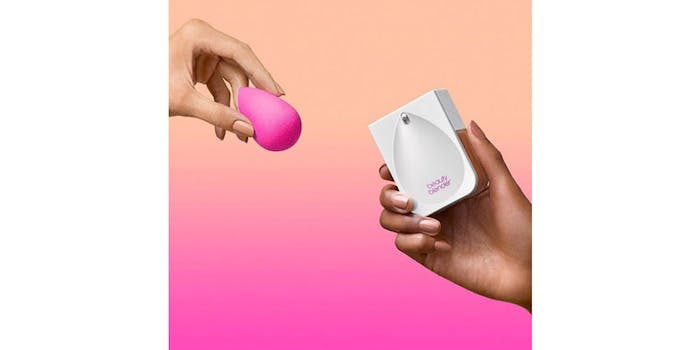 The foundation, which is available in 32 shades, was reportedly developed with a high-speed HyperWhip process for a silky, weightless and blendable texture. The matte coverage is meant to last up to 24 hours.

Perhaps the most unique aspect of the foundation is that the packaging was designed to work seamlessly with a Beautyblender sponge (sold separately). A user can dispense the foundation into the egg-shaped reservoir, which is intended for mixing, before applying the formula to the face with a damp sponge. The foundation can also be applied with a brush or users' fingers.

A video of the foundation in action can be found here.

The foundation, which contains hyaluronic acid and white birch extract, retails for $40.