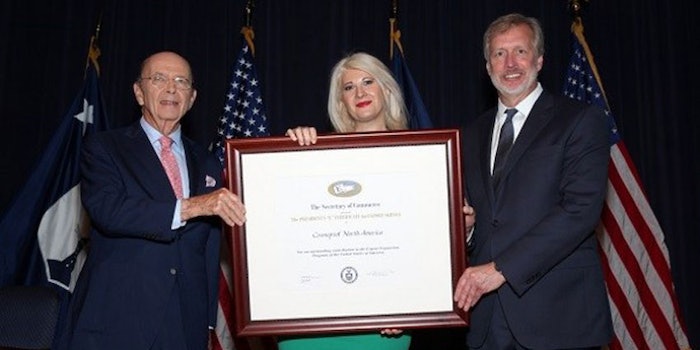 This award is the highest recognition any U.S. entity can receive for having a positive impact on the expansion of U.S. exports. CPNA was one of 32 U.S. companies and organizations to receive this distinction.

According to CPAN, its annual event attracts over 1,100 exhibitors––40% of which come from overseas.

Daniela Ciocan, marketing director of CPNA, said, “Throughout the years, many companies have benefited from the services and support offered to CPNA exhibiting companies looking to expand distribution internationally. We are thrilled to be awarded such a distinguished recognition. CPNA is committed to promoting the personal care and beauty products industry around the world.”