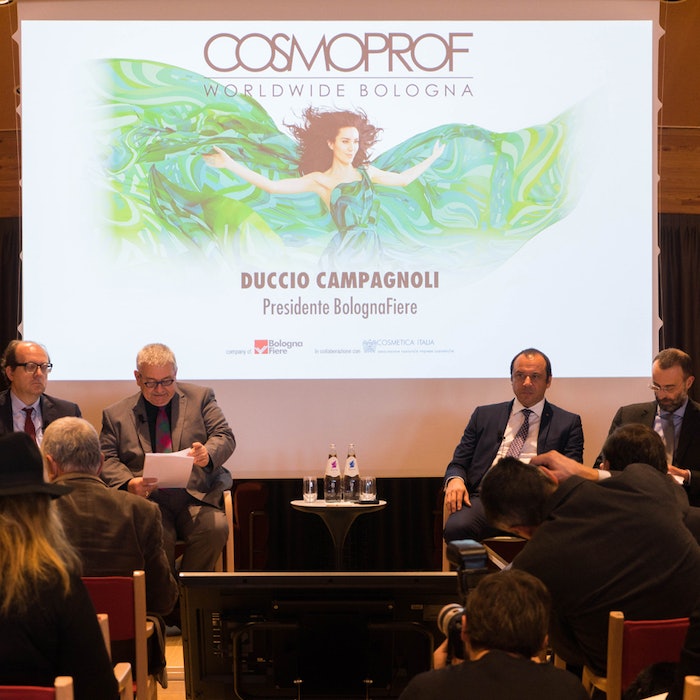 Cosmoprof Worldwide Bologna 2016 was presented during a press conference held in Milan, Italy. Duccio Campagnoli, president of BolognaFiere Cosmoprof, and Fabio Rossello, president of Cosmetica Italia, were both in attendance.