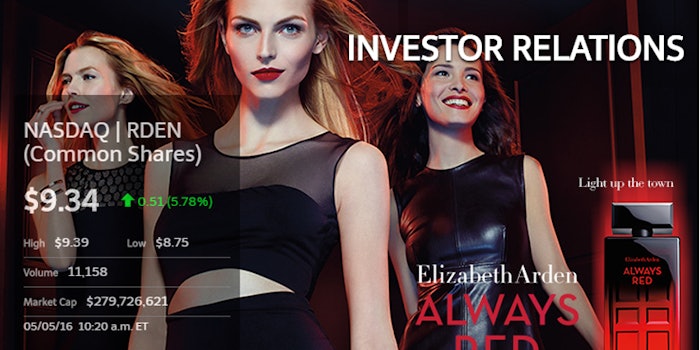 Elizabeth Arden released its financial results for the third quarter of 2016, ending March 31. The company showed its fifth consecutive quarter of net sales growth with constant currency, both for the Elizabeth Arden brand and its international segment. Some other notables are listed below:

Currently, the company expects the following for the fiscal year 2016: