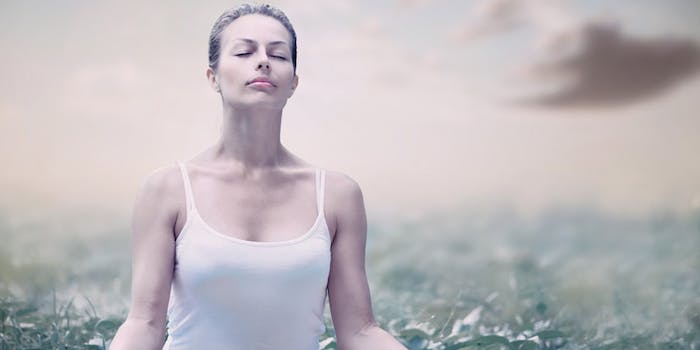 Since the 14th century, French notables such as Chevalier Bertrand Du Guesclin, royal physician Pierre Milon and Napolean Bonaparte have ventured to the town of La Roche-Posay, seeking relief for various skin conditions by bathing in its selenium-rich thermal spring waters. La Roche-Posay opened its Thermal Center in 1905, which is now overseen by eight dermatologists serving 7,500 patients each year, roughly a third of which are children. And, since 1975, the water has been formulated into a range of skin care products marketed under the La Roche-Posay bannera.

However, while the water’s fame has generated a globally recognized leader in skin care, its mechanism of action is not fully understood. La Roche-Posay’s scientists are now hard at work decoding this mystery. Increasingly, they’re focused on one key factor: the microbiome.

The skin’s microbiome comprises more than 100 billion bacteria, fungi and viruses that interact with each other and the skin barrier. According to the National Institutes of Health’s (NIH) Human Microbiome Project,b microorganism cells outnumber human cells on the human body by a factor of 10 to 1. That translates to roughly 1–3% of an average person’s body mass, or 2–6 lb of bacteria for a 200-lb adult.

This community, or microbiome, impacts virtually every bodily function both inside and out. Yet the complex interplay of bacteria strains and their impacts on health—particularly on skin—remains little understood. Angela Bennett, VP of La Roche-Posay, explains that each individual has a unique microbiome, which is further complicated by the fact that one’s skin bacteria mix varies depending on the condition of the site—dry, moist, folded, sebaceous, etc.

Decoding the intricate interplay and impacts of the skin’s microbiome could unlock solutions for many of skin care’s leading issues, including atopic dermatitis, psoriasis and acne.

To understand the microbiome it’s critical to understand that, fundamentally, there is no such thing as good or bad bacteria—for instance, Propionibacterium acnes is found on perfectly healthy skin. Bacteria only becomes a problem when any given population is thrown out of balance, a state known as dysbiosis.

Recent research conducted by La Roche-Posay and other institutions has found that skin microbiome dysbiosis is related to a number of conditions, including skin barrier disruption, psoriasis, atopic dermatitis and acne.

However, researchers have found themselves in a chicken-or-the egg conundrum regarding the relationship between changes in microbiome health and skin barrier disruption.

“You can see this in atopic dermatitis, psoriasis and rosacea, and even now acne,” says Bennett. “You can see that the microbiome has shifted and changed in a way that is different than a healthy, normal microbiome.”

It’s clear they’re related, but which is responsible for the other?

La Roche-Posay clinical studies have already established that the application of balneotherapy, or the “frequent use of high-pressure showers, baths, facial and body treatments using selenium and strontium rich La Roche-Posay thermal spa water,” could reduce the severity of patients’ psoriasis by almost 50%, with 8% of patients cleared of symptoms entirely. Researchers were intrigued by the observation that balneotherapy corresponded with an increase in Gram-negative Xanthomonas and Gram-positive Corynebacteria bacteria, as well as a psoriasis area and severity index (PASI) decrease of 61%.

La Roche-Posay formulated an emollient comprising the thermal spa water and applied it to patients for three months, again resulting in a rise of Xanthomonas, likely due to the presence of minerals that support the growth of that particular bacteria. While the overall bacterial count did not change, the shift in population balance clearly corresponded with a positive outcome.

Atopic dermatitis lesions feature bacteria populations that are wildly out of balance, according to La Roche-Posay findings. These regions of diseased skin can comprise as much as 90% Staphylococcus bacteria.

The company has treated atopic dermatitis patients with a Lipikar Balm comprising La Roche-Posay’s thermal spring water, shea butter and niacinamide. The result was a 72% improvement of clinical symptoms among 46 patients, which corresponded to greater diversity of bacteria, with a rise in Xanthomonas and a decrease in Staphylococcus species.

According to the company, “studies suggest that these preparations enhance the innate immune defenses,” effectively reducing the population of Staphylococcus on the skin without the use of antibiotics.

La Roche-Posay is exploring the application of the Lipikar AP+ range of body products, which are designed to address atopic dry skin, in conjunction with drug treatments. One regression study found that, after treatment with a drug, the use of Lipikar AP+ for one month resulted in a slower return of eczema, compared to a competing moisturizer. The return of eczema reportedly corresponded with an overproliferation of Staphyloccocus species on the skin treated with the alternate moisturizer.

Based on these results, the Lipikar brand is being expanded into the U.S. market.

Barrier disruption is typically tied to a microbiome alteration, indicating that any skin disease state could likely benefit from a microbiome treatment. This is the premise of La Roche-Posay’s Toleriane facial skin products, like the Double Repair, which the brand claims restores the skin’s essential lipids in order to help repair the skin’s natural barrier after one hour. The product is formulated with ceramide-3, prebiotic thermal water, niacinamide and glycerin. According to Bennett, the Toleriane products are being recommended by dermatologists to acne patients, as well as those with dryness, sensitive skin and rosacea.

“Most skin that has a disease going on—inflammatory or otherwise—has a barrier issue,” says Tyler Steele, assistant vice president, U.S. marketing, La Roche-Posay. This includes rosacea, atopic dermatitis and psoriasis. Even acne, considered an inflammatory skin disease, can be impacted by barrier divisions that result from topical and ingestible treatments such as isotretinoin. Steele explains that the Toleriane product range can be applied to acne patients who have sensitivities to other treatment options.

Steele adds that an increasingly aging society that still wants to look younger has led to the deliberate destruction of the skin barrier through anti-aging treatments such as chemical peels and the application of lasers.

The company has applied its research to the development of products containing the La Roche-Posay thermal spring water. When derived directly from the ground, the water contains live bacteria. However, when formulated into products, the bacteria is removed via processing. The environment left behind is nonetheless microbiome-friendly and rich in bicarbonates, selenium and other key components.

When applied to skin, the trace element composition helps support a well-balanced microbiome and skin barrier. Creating a healthy environment for the microbiome—pre-biotic beauty—represents a very different strategy than probiotics, which rely on the introduction of live bacteria to the skin in order to rebalance the body’s system. In Bennett’s opinion, the latter strategy has potential pitfalls, as live bacteria can generate by-products or waste that could potentially have a negative effect on the microbiome.

La Roche-Posay transports its Xanthomonas-rich thermal spring water directly from the local aquafer to nearby manufacturing sites to minimize the time in transit and, therefore, preserve the water’s beneficial contents. The water is then subjected to a sterilization process to ensure the final product contains no microbes. All that’s left behind is a water rich in trace minerals and nutrients.

Steele notes that the unpurified and purified water is regularly tested for content stability. He adds that the content typically varies only fractionally in copper or manganese, but is otherwise consistent.

The purified water can be formulated into products at different levels, depending on the intended application. At a 50% load or higher, the products can be considered prebiotic. Used at a lower level, the purified water offers therapeutic benefits, like skin soothing and antioxidant activity. The water can also serve as a chelating agent, and is used at a lower level in products like gels and at a higher level in thicker products like creams and moisturizers.

Questions for the Future

While exciting microbiome innovations are already emerging on the market, the research is truly in its nascent period.

“We’re very early [in this process],” says Bennett. “Six years in the scientific world is nothing. There’s so much that’s unknown, but there’s going to be a rapid acceleration [of knowledge], which began with the [NIH] microbiome project.”

Bennet notes that further research will comprise highly complex testing methodologies on healthy and diseased skin, as well as assessments of healthy skin as it transitions to a diseased state. To support this research, La Roche-Posay has sent additional dermatologists going its La Roche-Posay center to study the effects of its thermal spring water on a range of conditions.

According to Bennett and Steele, some of the most pressing questions and avenues of future research include: