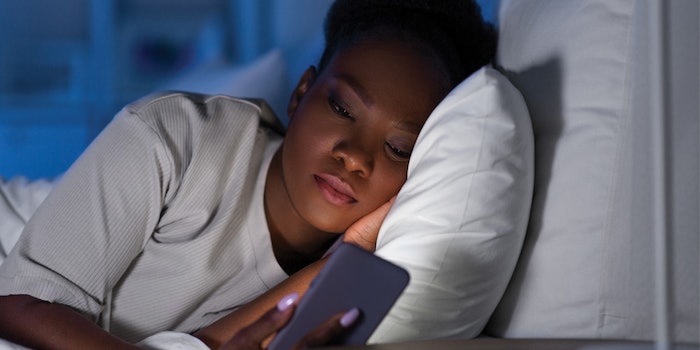 The digital revolution has rapidly changed our lifestyle habits and preferences

Digital aging has rapidly become a watchword in the global cosmetics and skin care industry. The concept of digital aging has its roots in the digital revolution, or what is commonly called the fourth industrial revolution, which has brought about a fusion between the virtual and physical worlds.

The digital revolution has rapidly changed our lifestyle habits and preferences, mainly in a positive way. However, it has come with its own set of perils as well. Key among these perils is the impact that technological tools have on the human body. One such area of concern is the impact of blue light emissions from devices such as laptop and smartphone screens on human skin.

Intensive research has shown that blue light emissions from laptop and smartphone screens, i.e. light rays of a wavelength of less than approximately 500 nanometers, can have a negative impact on the human body; this is especially true for blue light in the range of 435 to 455 nanometers, which is the light wavelength most commonly emitted by these devices. Approximately 88% people in the United States alone use PCs and laptops, while approximately 75% use smartphones; this rate is expected to rise further through 2030. These developments have created a huge need for blue light protection products.

The negative effects of blue light emissions range from affecting the release of hormones from key glands to damaging DNA and causing rapid death and shrinkage of skin cells. Blue light has been shown to suppress release of melatonin (in fact almost twice as much as green light), a hormone which is crucial to maintaining skin health. Without going into the medical nuances of the damage blue light emissions can cause, it would suffice to say that blue light emissions are on the verge of becoming a leading cause of extrinsic skin aging. As a result, the cosmetics industry has responded to this challenge by innovation and development of blue light protection products.

The cosmetics industry has delved into the blue light protection market at an incremental pace and closely followed the rapid adoption of blue light emitting products. Research into blue light protection ingredients picked up steam in the early and mid-2000s, and the industry was consistently developing new and innovative products by the next decade.