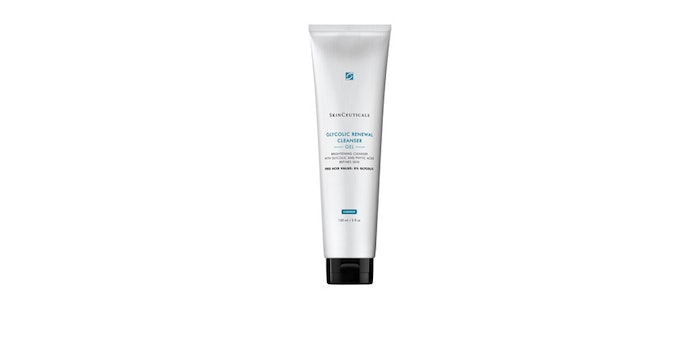 SkinCeuticals has launched its Glycolic Renewal Cleanser as part of the brand's problem-solution cleanser portfolio.

The dual-acid exfoliating cleanser was formulated to address dullness and texture concerns, SkinCeuticals stated. The soft-foaming gel is meant to exfoliate the skin and deliver a clear and bright complexion while removing oil, dirt, debris and long-wear makeup.

Clinicals conducted on Glycolic Renewal Cleanser by SkinCeuticals and its independent partners found that after one week of use: