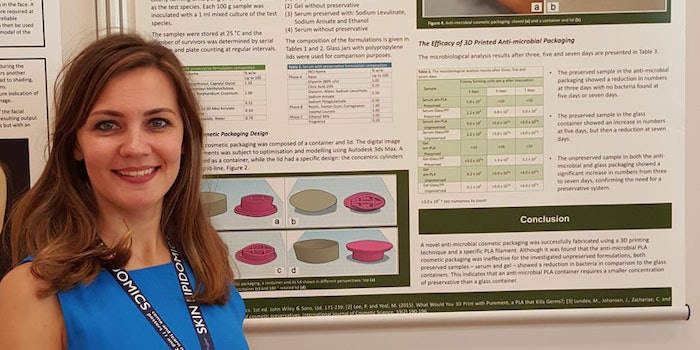 Active packaging was explored for its antimicrobial and preservative-boosting benefits in a poster presented by Milica Stevic, of the London College of Fashion, during IFSCC 2018 in Munich. Her results show promise for reducing the levels of preservatives in products.

"The main purpose of packaging is to contain, protect, preserve, inform and sell a product," explained Stevic. "Active packaging refers to packaging that serves functions beyond these. In this case, we were interested in the antimicrobial activity."

She added that active packaging is not entirely new but the move to reduce preservative levels in products is relatively recent and, in part, served as an impetus for this project. That, plus the surge in consumer interest for natural products.

Using 3D printing, Stevic created a poly lactic acid (PLA)-based package, which was then used to contain gel and serum formulas to assess its ability to protect them against microbial growth.

PLA is a compostable, biodegradable and renewable packaging material derived from natural sources, such as corn. It is also well-known for its antimicrobial properties. The effects of the 3D printed PLA package were compared against those of a basic glass container.

Put to the Test

Four cosmetic formulations were then prepared with and without traditional preservatives:

"At this point, we only tested two preservatives systems," Stevic noted, "but this served as a starting point."

The four product samples were then inoculated (contaminated) with Pseudomonas aeruginosa and Staphylococcus aureus, and microbial analysis was performed after three, five and seven days.

"This confirmed the PLA packaging boosted the effects of preservatives, but preservatives were still required for adequate protection." 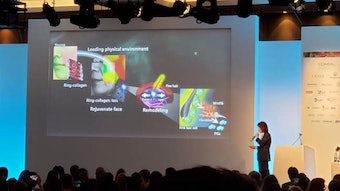 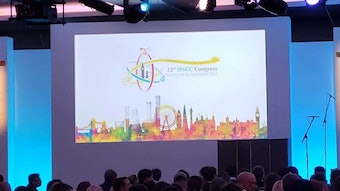