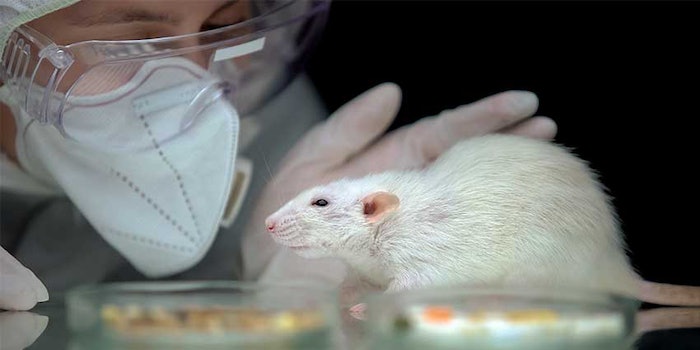 France is the first country in the EU to export its “ordinary” cosmetics to China without testing on animals.
ID 160853430 © Motortion | Dreamstime.com

In order to bypass this criterion, companies worldwide must present a certificate to approved authorities that states the company is conforming to Good Manufacturing Practices, in addition to product safety assessments. Companies that fulfill the criteria for importing "ordinary" cosmetics no longer require animal testing for eye and skin irritation in Chinese laboratories. According to the report, "ordinary" cosmetics make up the majority of personal care products imported into China, versus special cosmetics such as hair and skin coloring products, permanent wave product, sun protection, anti-hair loss and children’s products.

“The cosmetics industry is the only one in Europe to have
completely banned animal testing. . ."

In France, the Agence Nationale de Sécurité du Médicament, or National Agency for Medicines Safety (ANSM), can issue the Good Manufacturing Practices certificate to cosmetic manufacturers. Since January 12, 2021, the ANSM has created a platform to download the documents necessary to receive this certificate, which reportedly allows all French cosmetic manufacturers to export products to China without being animal tested upon arrival.

Most multinational corporations have factories set up in China but the animal testing requirements for other foreign beauty players have kept companies from exporting directly to the country; until now. Often, cruelty-free companies have opted to sell products to Chinese consumers via e-commerce websites. Reportedly, this is because pre- and post-marketing testing requirements in China have not applied to beauty products ordered by consumers through a e-commerce websites if the site itself and fulfillment locations were outside of mainland China, and if the products were sent directly to a consumer in China.

“We are delighted with this progress, which rewards several years of efforts made with the Chinese authorities,” said Patrick O’Quin, president of the FEBEA, in a statement from the report. “The cosmetic industry is the only one in Europe to have completely banned animal testing and we are happy to continue changing regulations in other parts of the world. This agreement will also allow French cosmetic companies to export more fluidly and quickly to China. This country is now our second-largest trading partner.”

Related: China to Accept Animal-alternative Test Data Under These Conditions