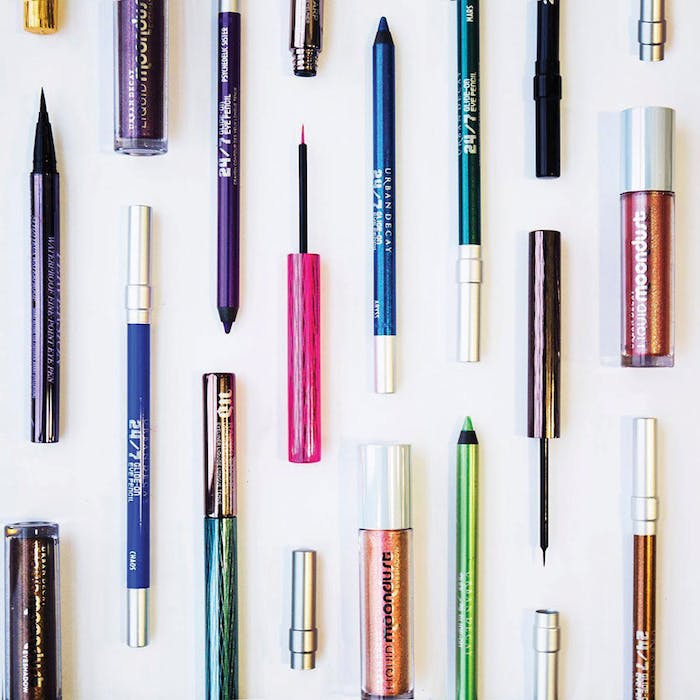 Urban Decay grew its value share of premium color cosmetics in the United States by riding a wave of extravagant makeup palettes and “vaults” that targeted the passionate and brand-devoted, making them less imitable.

To experience more in everyday life is to actively engage in physical doing, establish an emotional connection or create meaningful memories. In any guise, the fun and frivolity of the beauty industry makes it an ideal breeding ground for the interlacing of experiential threads across the value chain.

However, one pivotal process, which until recently has been largely overlooked, is the purchase itself. Amidst sustained double digit growth projections for color cosmetics through the end of the decade, adding value on novel merit, besides the obvious innovation avenues, will be necessary to keep up momentum.

The limited edition is becoming more commonplace in the $57 billion global color cosmetics market, but considering that a model of short stock supplies does not have obvious positive revenue repercussions for a brand, in what way is it profitable?

Only 25% of female color cosmetics buyers claim to always buy the same brand or product, a statistic which leaves brands much room for improvement.

According to Euromonitor International’s 2016 Beauty Survey, only 25% of female color cosmetics buyers claimed to always buy the same brand or product, a statistic which leaves brands much room for improvement. The industry’s idea is that the exclusivity of limited editions fosters long-term brand loyalty, emotional buy-in and a sense of belonging, something that is arguably of much higher value than fickle or impulse shoppers, despite these delivering greater volumes.

Take reality star Kylie Jenner’s color cosmetics brand; this is built upon small volumes and frequent launches, which generate maximum frenzy. If brands are going to keep consumers waiting, they at least need to do it graciously.

Launch as a Shared Experience

In December 2016, a five-figure-strong sea of emotionally-charged super fans sat in an orchestrated digital queue for the biggest launch of the year. These were not teenage boy-band aficionados, nor were they festival goers hankering after a much-coveted ticket to Coachella. These frenzied punters were serious beauty worshippers, awaiting the re-release of the sold-out Too Faced Cosmetics Sweet Peach collection (see Just Peachy).

Too Faced Cosmetics was acquired by Estée Lauder for $1.4 billion, the largest acquisition in the company's history.

One month earlier, Too Faced Cosmetics was acquired in spectacular fashion by Estée Lauder for $1.4 billion, the largest acquisition in the company’s history. Evidently, you can put a price on this unparalleled level of hysteria, but it is a high one.

The Too Faced Cosmetics’ strategy involved a dedicated holding pen for shoppers to wait in a virtual queue, which updated a countdown clock and queue position in real-time. This was a genius multi-pronged approach to shopper appeasement. First, if there is a queue, people will join it. By building anticipation this way, Too Faced heightened its desirability because, clearly, if a relaunch warrants a queue, then the prize is worth waiting for. Second, the real-time element promotes interactivity; Too Faced fans flocked to social media to share their queue positions, like entering a virtual race.

This shared experience, or perhaps mutual frustration, allowed individuals to stake a claim in a community while, to some extent, pacifying the usual resentment of queuing. The brand also astutely avoided a customer service nightmare by making the long wait and risk of the product selling out all part of the fun.

Ultimately, none of these gimmicks entirely dampen consumer appetite, leaving open opportunities for a number of credible fast-fashion challengers to get in on the action by reproducing so called “dupes,” or duplicates, of products. Whether the customer is priced out, or the product is sold out, cheaper and more easily accessible alternatives are offered by everyone from Nyx to Catrice, the latter of which achieved a value CAGR of 44% between 2010 and 2015.

Kat Von D Beauty, owned by LVMH’s Kendo division, has found its own way to combat the “dupe” and loss of customers by manipulating the purchasing process. The brand’s Everlasting Flash program takes cues from fashion’s see-now, buy-now movement by releasing regular limited quantities of new launches online and the remaining stock in store weeks later. The initiative has the best of both worlds: long-term revenue of high stock volumes, with the hype of limited editions, not to mention striking a tactical balance between online and offline traffic.

The initiative has the best of both worlds: long-term revenue of high stock volumes, with the hype of limited editions, not to mention striking a tactical balance between online and offline traffic.

L’Oréal’s Urban Decay similarly mitigates the threat of successful duplication, but by putting less focus on measurable features like color shade or efficacy, and more on the pastime of collecting, like that of a hobby. The brand grew its value share of premium color cosmetics in the United States from negligible in 2010 to 2% by 2015 by riding a wave of extravagant makeup palettes and “vaults” that targeted the passionate and brand-devoted, making them less imitable.

The value of this type of emotional investment, increasingly cultivated through exclusivity, should not be overlooked and will set brands apart as the marketplace buckles amid intense overcrowding.