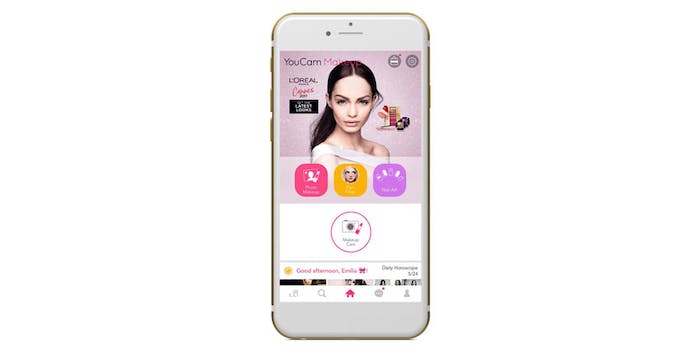 In a clever way to celebrate this year’s Cannes Film Festival, L’Oréal Paris and YouCam Makeup teamed up to showcase 64 film-inspired augmented reality (AR) looks via live broadcasts from the festival.

Alice Chang, CEO of Perfect Corp., stated, “We are thrilled to partner with the iconic L’Oréal Paris to bring fans into the glitz and glamour of the Cannes Film Festival. Powered by the world’s leading AR technology, YouCam Makeup allows users to experience this influential event like never before with virtual looks fresh off the runway and exclusive live coverage straight from the festival.”

Chris Chesebro, vice president of L’Oréal Paris global digital team, said, "L'Oréal Paris and YouCam's partnership brings to life the brand's strategy to democratize the magic of beauty and cinema for all. In addition, live broadcasting from the Cannes Film Festival is a great opportunity to engage with a captive audience of beauty enthusiasts.”