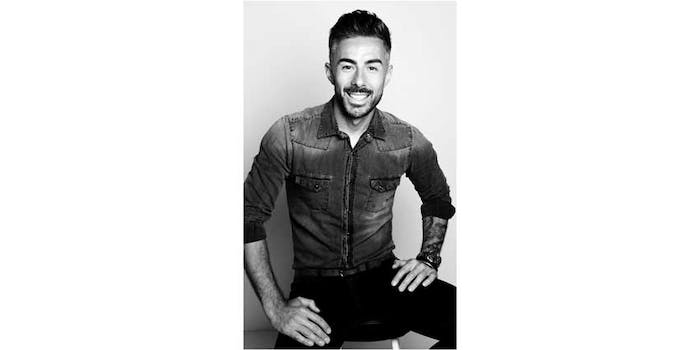 In the past, Molloy has worked with celebrities, including Emma Watson, Kanye West and Dita Von Teese. His work has been featured in Vogue, Harper's Bazaar, L’Officiel, Lula, i-D and 10 Magazine.

Most recently, Molloy served as the U.K. senior artist and director of makeup artistry (Asia Pacific) at MAC. During his time there he worked on shows for designers like Stella McCartney, Moschino Resort and Proenza Schouler, established the MAC artistry training programs and maintained a new product development role.

Montse Passolas, vice president global marketing Rimmel London, stated, “We are extremely excited to be working with James as our new global makeup ambassador for Rimmel. James has spent some time abroad, which has given him an impressive and open-minded view on beauty. His connection and understanding of the new digitally savvy modern consumer that embraces different looks based on her ever evolving persona, drove us immediately to James. If you top that with his genuine warmth as a person and love for makeup like us … sparkles can come out of this partnership.”

Molloy added, "I am truly honored to partner with Rimmel as their new global makeup ambassador. I am so proud to be working with such a strong British brand and am very excited to start working with them on their new image and bringing the London Look to life.”