Why is Fragrance Outperforming Skin Care? 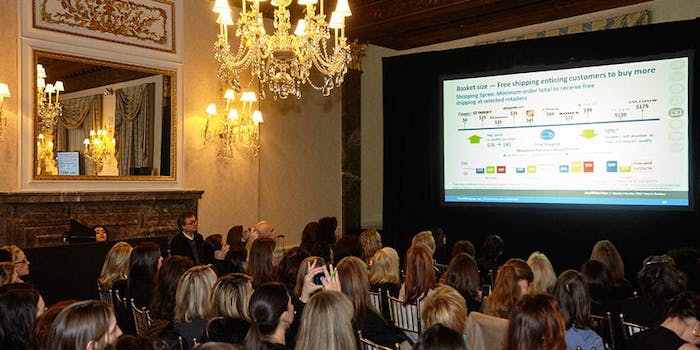 Read part one of this series: Consumer Spending and Beauty's Biggest Retail Threat

The younger fragrance user (16-24) is using more fragrance, increasing their usage at about 40%.

Grant added that hair care brought in more additional dollars than the facial skin care segment. (About 75% of additional dollars brought into the beauty category came from makeup. Contour makeup grew seven-fold, while brow sales have risen for the last three years, with 42% growth in Canada, in addition to strong results in the United States, Italy and Spain.

Read part two of this series here: Why Prestige Will Lead Beauty Growth in the Next Few Years

First, skin care is facing challenges, said Grant: “All of the growth that came into the skin care category was driven by what was going on online,” a major shift from brick-and-mortar.

NDP consumer research has revealed that the younger fragrance user (16-24) is using more fragrance, increasing their usage at about 40%, said Grant, but that consumer is, overall, using fewer skin care products in the (18-24 age group). Conversely, there has been no drop in skin care use in the 35-and-above category.

Meanwhile, said Grant, “The lines continue to blur between makeup and skin care as consumers look for immediate results through makeup and rediscover smaller primary care categories in skin care."

Fragrance is Making a Statement

About 60% of younger consumers seek out statement-making fragrances, Grant explained.

“Where we saw some of the strongest growth in the fragrance market was flankers,” Grant said, generating 16% of total of fragrance sales and 48% of additional dollars in the category.

“The familiarity of classics [is] coming back for the younger consumer,” Grant continued.

“The beauty industry is in a state of renewal and flux," she said, "and what’s driving the industry today has changed.” This includes gender-neutral scents, as seen in the Pantone-inspired fragrance released several months ago.

While fine fragrance sales are the core of the category, Grant added that home ancillary sales are rising.