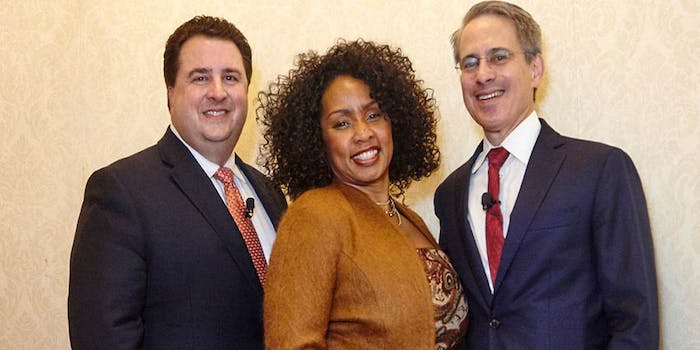 From left, Don Unser, Karen Grant and Andy Mantis of The NPD Group.

Consumer spending is on the rise, even if wallets aren't fatter. But that's not impeding the growth of prestige beauty, according to a recent presentation at CEW’s Global Trend Reports event.

During The NPD Group’s "2015 Year in Review & Trend Forecast," attendees learned that beauty is the fastest-growing consumer product category, posting 8% growth, particularly on the strength of makeup sales.

Previously: How Amazon and Prestige Beauty Are Reshaping Sephora

E-commerce is maturing, Unser warned, adding that Amazon now owns 35% of online market share and is now larger than Walmart.

“I don’t know if the consumer is ever going to be back exactly where they were pre-recession," said Don Unser, group president, The NPD Group. “We have more consumers back to work, that’s great for spending power."

However, he added, "We are still at 1995 levels of what the median household income was in the U.S. So until this really recovers, we’re not going to see the big growth in consumer spend in the U.S."

Watch Out for Amazon

E-commerce is maturing, Unser warned, adding that Amazon now owns 35% of online market share and is now larger than Walmart.

“The fact that consumers can go on Amazon and have access to 500 million SKUs [means] they are going to need to wade through and have things recommended to them," said Unser. "I think that’s why subscriptions are taking off and trials, and things like that. So I think that’s a big opportunity for your industry."

Unser also said to keep an eye on Pin-to-Buy on Pinterest, which he said “bypasses retail somewhat all together.”

Reat part two of this series: Why Prestige Will Lead Beauty Growth in the Next Few Years