Sourabh Sharma, Fig or out 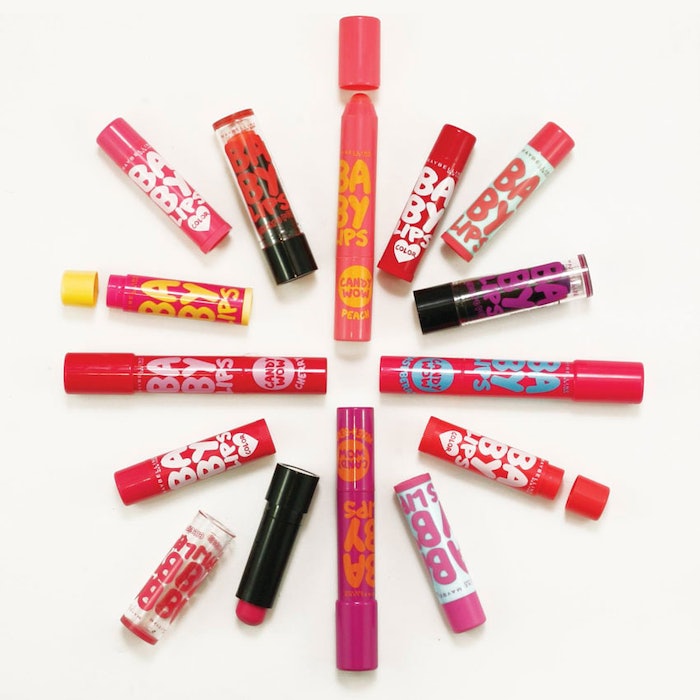 While legacy beauty brands may have a legendary history that allowed them to grow globally, today they are micro-segmented, both by region and technology. Marketers face a challenge in translating the definition of beauty across cultures, and digital and social media platforms further call into question the globalized nature of brands.

One fact remains unanimously true across regions: the trust in word of mouth. Worldwide, consumers increasingly trust their friends, family or favorite influencer on social media above brands. A staggering 92% of consumers turn to people they know or trust for referralsa, with word of mouth generating double the sales of paid advertisingb. In addition, 84% of fashion and beauty brands have launched at least one influencer campaign in the last year, resulting in a more than 81% increase in web traffic and salesc.

Influencers at Every Scale

Large and small brands use influencers for different purposes, depending on objectives and budgets (F-1). On average, brands of any size earn up to $6.50 in sales for every $1 spent on influencer marketingd.

An influencer’s reach depends on their social media prowess, which depends on digital platform penetration in their countries of influence. Facebook has more than 1.1 billion daily active users, with 85% outside of the United Statese. Instagram has more than 300 million monthly users—including 25% from North America. By contrast, Pinterest is led by North America (33%), with other notable audiences split across Asia and the Middle East.

Dark social media, a term coined for web traffic not attributed to a source, includes things like pasting links into emails or text messages. This type of activity accounts for half of overall Internet traffic. Consumers also use tools like WhatsApp, a cross-platform text-messaging app, which has been installed in more than 90% of phones in Latin America and India, but fewer than 10% in the United States. Brands must understand and harness such differences when aiming to reach consumers with a global marketing strategy.

Brands must understand their markets from both a psychographic and technological uptake perspective. For example, Maybelline New York successfully translated its brand identity to Malaysia by launching a #DaretoNeon campaign on Instagram, which tripled its regional penetration in two years to 5.5 million.

Not all brands have budgets to manage a global list of influencers, but can still learn from brands that are able to execute global campaigns courtesy of impeccable timing.

For example, during New York Fashion Week SS2017 in September 2016, Maybelline launched a global campaign crafted specifically for the time-sensitive global event. The brand partnered with 15 social media influencers who shared their pictures with hashtag #MaybellineItGirls, either backstage, or participating in or attending shows. The content generated 3.6 million likes, with a total of 2.2 million video views.

Benefit Cosmetics launched its brow collection in Las Vegas in the spring of 2016 at an event touted as “Bene-Vegas,” featuring 93 vloggers and Instagram influencers, including Linda Hallberg of Sweden and Dalal Aldoub of Kuwait. The goal was to use the timeliness and technology to spread awareness simultaneously and consistently, given that the brand operates more than 1,800 brow bars worldwide.

The event created tremendous buzz. Aldoub expressed how the brow collection would work in the climatic heat of her country, a simple but distinct insight that fortified the brand’s global reach.

The Challenge of Defining “Beauty”

While tanning is prevalent in Western markets, the desire to be fairer and lighter meets with polarizing opinions in Asia. Racial undertones aside, a scientific reason is that the first sign of aging in Asian skin is pigmentation, not wrinkles.

With a desire for even skin tone, Asian consumers generally embrace products claiming lightening or brightening benefits. Consequently, 50% of consumers in Asia find such products to be a high priority in their regimen, compared to only 24% in North Americah.

Nonetheless, the articulation of fairness claims still sparks controversy. Women of Worth launched a “Dark is Beautiful” campaign, with actress Nandita Das as an influencer, which resonates with the notion of embracing your beauty. It has been running successfully since 2009 with a loyal social media following.

Regardless of the digitization of marketing, the fundamental principle of trust still holds true. Inspired by the impact of influencers, some brands have leveraged trust by connecting more emotionally with consumers.

Dove epitomized this in 2004 by launching a global campaign spanning San Francisco, Delhi, Shanghai, London and Sao Paulo, in which women entered a building through two doors marked “Beautiful” or “Average.” Most women picked the Average door, confirming that 96% of women do not find themselves beautiful.

In an effort to have women embrace real beauty, the campaign not only won awards but jump-started sales from $2.5 billion to $4 billion over the ensuing decade.

Dove recently launched regional versions of its iconic #RealBeauty campaign. In India, it was themed “Let’s Break the Rules of Beauty,” which subtly evoked a similar notion to the Women of Worth concept.

Instead of influencers, the campaign featured women from different regions, professions and ages, highlighting that #RealBeauty comes in all shapes, sizes and complexions, thereby garnering praise for living up to the brand’s legacy.

Variations like the one in India exemplify how fortifying trust and connecting emotionally can lead to global brand success.

Sourabh Sharma has a keen eye for understanding consumer behavior. He adds perspective to marketing research from his years in brand management and product development at L’Oréal, where he launched hair color and makeup products for brands in Asia and North America. With a multifaceted background, Sharma enables the firms he works with to acquire a stronger understanding of their end users. Furthermore, he strives to extract value from the evolving brand-to-consumer interface through his social media research.