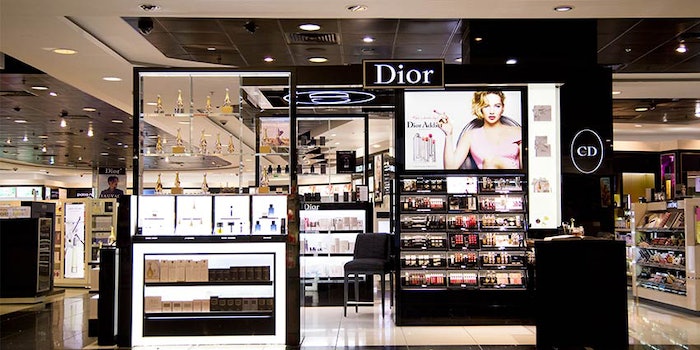 LVMH Moët Hennessy Louis Vuitton recorded a 2017 revenue of €42.6 billion, the company announced. This was a 13% increase over 2016, with every segment but wine and spirits reporting double digit growth. The company cited “strong momentum” among Dior fragrances and Sephora’s growth among the key highlights of the fiscal year.

Further reading: New Ruling Says Brands Can Control How and Where Products Are Distributed

Perfumes and cosmetics documented 12% reported and 14% organic growth over 2016, which the company attributed to the worldwide success of the Christian Dior brand—fragrances including J’Adore and Sauvage, as well as the Rouge Dior and Dior Addict color cosmetics lines. Fragrances from Givenchy and Guerlain, as well as the launch of the Fenty Beauty line of color cosmetics, were also cited as 2017 successes.

The company’s selective retailing business recorded an organic revenue growth of 13%, and 11% reported. Among the segment’s gains included Sephora’s growth in North America and Asia, and expansion online and in Mexico, Scandinavia and the Middle East.