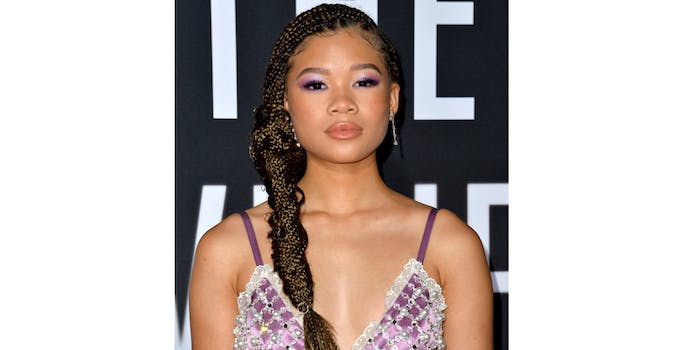 Reid advocates for and strives to create social change through her various platform.

Maybelline New York has announced actress and producer Storm Reid as its newest global spokesmodel. Reid will be the face of a new innovation from Maybelline's Fit Me franchise, debuting this summer.

Reid advocates for and strives to create social change through her various platforms and through her initiative Bamazing, which aims to empower and uplift the next generation. She is vocal about issues including racial equality, mental health and inclusivity, regularly choosing to align with projects that support these causes.

Reid joins Gigi Hadid who will share her voice with the brand's global community.

Trisha Ayyagari, global brand president, Maybelline New York Worldwide, said: "Storm is a standout voice and changemaker. She is a deeply talented actress, a courageous champion of equality and has energy that lights up any room. I've always admired Storm and knew she would be a great addition to the Maybelline brand."

Reid said, "Maybelline has been in my family for as long as I can remember. I'm looking forward to this new chapter with Maybelline where I will be able to use my voice to champion young women and my generation through my work with the brand."