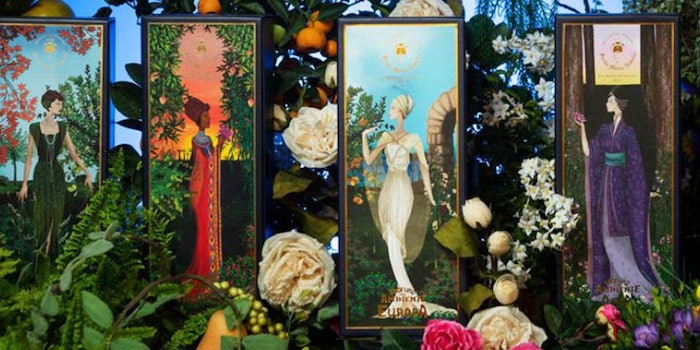 Italmobiliare has invested in Florence-based perfume and cosmetics firm Officina Profumo Farmaceutica di Santa Maria Novella to expand the brand into new channels and international markets. The transaction involves the acquisition of 20% of the company's capital with an investment of €40 million, with the possibility of subsequently increasing Italmobiliare shareholding.

Officina Profumo Farmaceutica di Santa Maria Novella is descended from what may be "the oldest pharmaceutical laboratory in the whole of Europe," per a press release. The company was reportedly founded by Dominican friars in Florence in 1612.

Officina Profumo manufactures more than 600 body care, ambient fragrances, "age-old" preparations and liqueurs, wich are sold in more than 300 of its own stores and corners, which are manufactured in a plant on the outskirts of Florence.

The company achieved a consolidated proforma turnover of more than €31 million in 2019 with EBITDA of around €13 million; 61% of sales are made in the EMEA area, 18% in the United States and 21% in Asia, particularly South Korea and Japan.

“With this transaction, Italmobiliare has further expanded its portfolio of investments in diversified sectors by entering Italian SMEs of excellence operating on global markets," said Carlo Pesenti, Italmobiliare's CEO. "Officina Profumo Farmaceutica di Santa Maria Novella is a brand that is unique anywhere in the world. Italmobiliare's intervention aims to further develop the value generated by the company not only for shareholders and employees, but also for the entire city of Florence, which over the years has managed to preserve and develop such a rare and prestigious activity. In just over two years, thanks to our ability to identify original deals, Italmobiliare has invested around € 400 million in companies characterised by significant 'Made in Italy' brands (Gruppo Tecnica, Caffè Borbone, Iseo, Autogas and Capitelli), supporting significant growth rates through its knowhow and models of governance. Together with the long-standing investments in Sirap and Italgen, this portfolio represents an industrial unit with an aggregate turnover of around €1.6 billion. During 2019 this strategy allowed Italmobiliare's stock to grow by more than 30% on the Stock Exchange.”