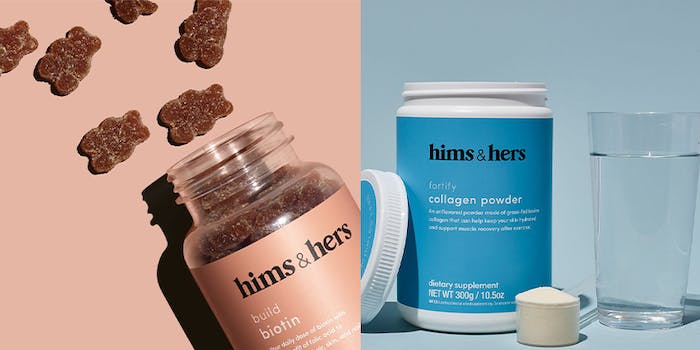 Him and Hers Health is a telemedicine company that operates Hims and Hers, which sell men's and women's personal care products. Photos: Hers' Facebook.

Hims & Hers Health, Inc., a telemedicine company that operates Hims and Hers, has announced that it has completed its business combination with Oaktree Acquisition Corp.

In addition, Hims & Hers’ current management and existing equity holders have rolled between 90% and 100% of its equity into the combined company.

Hims & Hers will continue to be led by Dudum as CEO alongside its executive team including: Spencer Lee as chief financial officer, Melissa Baird as chief operations officer, Patrick Carroll M.D. as chief medical officer, and Soleil Teubner Boughton as chief legal officer.

Andrew Dudum, CEO and co-founder of Hims & Hers, said, "We drove tremendous progress in 2020 toward our mission of becoming the front door to the health care system. Today's milestone brings us even closer to making modern, affordable care accessible to more Americans. By providing a seamless patient experience combined with proprietary technology, we intend to transform many of healthcare’s most important categories, including primary care and mental health.”

For more on the brand, visit www.forhims.com/hair-loss.