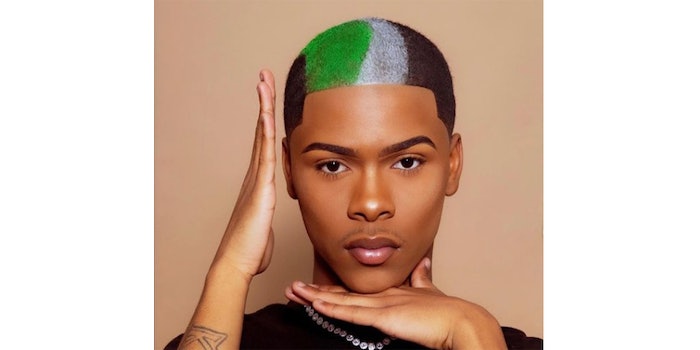 Lottie London has launched its Proud to Be Collection in honor of Pride Month and has announced a partnership with Kidd Kenn.

With the launch of the pride collection, the brand is donating 10% of its Walmart.com sales to Kaleidoscope Trust for the month of June 2022. Kaleidoscope Trust is a UK-based charity working to uphold the human rights of LGBTQ+ community members. They work with governments, change makers and civil society organizations to inspire change in the lives of LGBTQ+ around the world.

Kidd Kenn is the first openly gay rapper from Chicago. Kidd Ken's sound caught the attention of Kehlani and she went on to feature the then-unknown artist at her headline performance at San Francisco's Pride in 2018—one of the largest pride events in the world.

He has since released several albums and mixtapes, which led to him inking a deal with Island Records.

"I am so excited to be working with Lottie London this Pride season. My mission is to inspire people to be comfortable in their own skin and be unapologetically themselves while living authentically. Working with a brand that has collections designed to inspire and champion freedom, individuality, self expression and imagination is a genuine fit," said Kidd Kenn.