Skin care remains the most important category in the global beauty market by far, accounting for a 23% value share of total sales in 2009, according to market research firm Euromonitor International. This means that its success is pivotal to the performance of the industry as a whole. Growth in global skin care sales slowed to 3% in 2009, down from 5% in 2008. Even growth in the star category, nourishers/antiagers (9% value growth in 2008), slipped to 7% in 2009 as consumers in key markets looked for less-expensive alternatives for their skin care regimen.

Despite some trade down during the recession, premium skin care is set to see the biggest increase in value size of any premium segment, with $2.6 billion predicted to be added over 2009–2014, equating to 40% of absolute growth in the entire premium beauty industry. This performance will be driven by strong demand for premium skin care in Asia, especially China. Even in Western markets such as the U.S., sales of premium antiagers have remained comparatively buoyant as consumers have, evidently, attached greater importance to fighting the aging process than other areas of beauty, and the perception of a link between price and efficacy remains strong for many consumers despite evidence to the contrary. Despite declines in many other areas of skin care, recession-hit France saw 3% value growth in premium antiagers in 2009, up from 1% in 2008, according to Euromonitor.

The U.S. skin care category is expected to swell by $264 million 2009–2014, largely driven by nourishers/antiagers. While cleansers and acne treatments, notably body and facial moisturizers, have reached maturity and are expected to see sales growth slow or even decline, the nourishers/antiagers category shows no signs of slowing down. Demand for antiaging products will be driven by the aging U.S. population, with the number of consumers over 50 set to rise by more than 10 million 2009–2014.

According to Euromonitor statistics, while global growth in nourishers/antiagers may have taken a slight knock to 7% in 2009, value growth in anticellulite creams plummeted from 6% in 2008 to just 1% in 2009. In tests, neither product type has been shown to work effectively in the long term. Even though effective, efficacious antiagers only temporarily plump up the skin by a fraction of a millimeter, they are performing better, which raises questions as to why.

The credibility of anticellulite products in key Western regions has diminished following a lack of notable success stories, resulting in consumer apathy toward the category and stagnation in North America in 2009. Antiagers, on the other hand, have benefited as a whole from the publicity surrounding the success of certain products such as Boots’ Protect & Perfect and Aldi’s Co-Enzyme Q10 cream, both of which have been found to work in scientific testing (albeit only with a small, temporary effect). This helped keep antiager sales growth in the region comparatively buoyant at 6% in 2009. Anticellulite products are proving more successful in emerging regions where they are still relative novelties. In Latin America, for example, the category continued to see strong value growth of 18% in 2009, while in Eastern European markets such as the Ukraine, firming/anticellulite body care is still witnessing segmentation—resulting in a growing number of companies offering separate variants for specific areas of the body. Despite this, skepticism in key markets such as the U.S. and the U.K. is harming firming/anticellulite product sales overall.

However uncomfortably the idea may sit with consumers in the West, pale skin continues to be considered the beauty ideal in Asian markets. Because of this, there has always been strong demand for skin whiteners. And, thanks to rising disposable incomes in emerging countries, consumers have more money than ever to spend on them. Whitening products are pervasive in facial care in many Asian countries. In India, for example, 84% of all facial moisturizers sold in 2009 had whitening properties. As a result of this demand for facial-whitening products, facial care in key skin-whitening markets far outperformed the 3% achieved by the global market in 2009. According to Euromonitor, Thailand recorded a 9% increase, China 11% and India 13%.

This situation is generating interest from multinational players keen to get a share of the market. As a result, an influx of new whitening product launches is being seen from facial care brands. Many of the leading beauty players, such as Procter & Gamble and L’Oréal, heavily promoted their whitening facial skin care products in 2009. The key consumer base for whitening products remains young women, particularly those in urban areas who typically earn more and are willing to pay extra for premium whitening products. With workers being hit by the recession in Asia, intensified competition in the job market means the whitening trend is very unlikely to die down, as workers associate pale skin with job success.

With sales of $4.5 billion in 2009, skin care dominates beauty in China, accounting for a 40% value share of overall sales, and 10% of total skin care sales globally. Sales are particularly strong in the more affluent regions of south, north and northeast China. The boom in skin care is mainly being led by facial care, while body care remains largely flat. As in other key Asian countries, skin-lightening ingredients are pervasive in facial moisturizers and antiagers, driving overall demand for such products.

Future growth in the category will continue to be driven by antiagers. The rise in the number of consumers over 50 globally is helping to push up sales, but younger women (and increasingly also men) are clearly prioritizing age prevention and not abandoning their beauty habits during the downturn. Products that can deliver specific, claimed results will do relatively well, and consumers will be more likely to trade down to lower-priced products such as Boots’ Protect & Perfect or Aldi’s Co-Enzyme Q10 if their prestigious antiager does not deliver the required results. It is becoming clear that just being a luxury brand is no longer enough to generate sales—consumers are also increasingly demanding scientifically proven results.

Sales of men’s grooming products are set to rise due to changing attitudes among men with regard to grooming, resulting in strong growth in discretionary areas such as male skin care (forecast 9% growth 2009–2014).

By 2014, skin care will increase its already sizeable lead in the beauty market to reach $91 billion. This will be driven primarily by the Asian skin care market, which is set to add an additional $6 billion in absolute growth 2009–2014.

Outlook—Separating the Wheat From the Chaff

There is a key trend emerging in consumer spending habits; it is becoming clear that many consumers are streamlining the number of products they buy and are instead focusing on products that are deemed necessary. This new mindset is set to result in highly varied fortunes for the different skin care categories. According to Euromonitor International statistics, while the antiaging segment is set to gain more than $5 billion 2009–2014, sales of facial cleansing wipes are predicted to rise by a more modest $115 million, and toners by just $110 million. The crucial reason behind this difference in performance is consumer perception with regard to the long-term effects of these products on skin. Antiagers are seen by many as an investment in future skin health while the latter two are not. Brand owners would be well advised to focus on necessity products in their skin care ranges rather than those categories that will be impacted by consumer cutbacks. 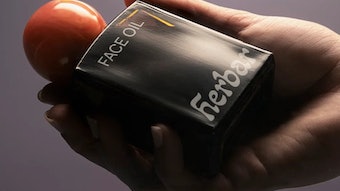 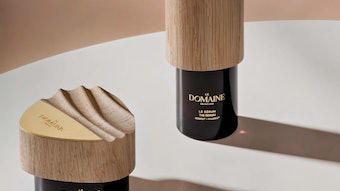 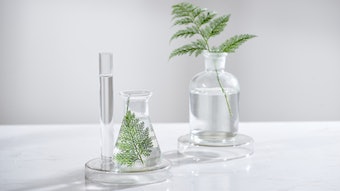 BASF scientists and experts discussed findings and opportunities in skin, anti-aging and hair during podium sessions as well as poster exhibitions at the 2022 IFSCC congress in London.
Sep 21st, 2022