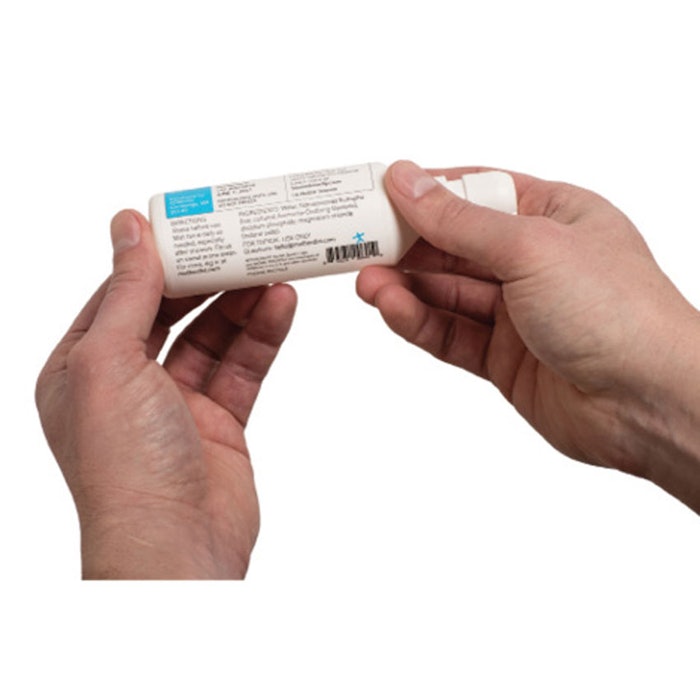 Mother Dirt isn’t shy about discussing bacteria in all of its branding, whereas most conventional brands might prefer to use more polite terminology, such as “probiotic.”

Can a specially engineered bacteria be strategically applied to the body to support hygiene and treat a range of maladies, including acne and eczema, wounds, hypertension, allergic rhinitis and migraines? AOBiome, the parent company of “bacteria friendly” personal care brand Mother Dirt, is on a mission to find out.

Hygiene is one of the modern world’s signature achievements. Think of Clorox, which touts its role in life’s “Bleachable Moments.” But are we doing it wrong?

Questioning the benefits of certain hygiene behaviors—showering, excessive handwashing, the application of conventional deodorants, etc.—is at the core of research that began in 2001 with an MIT-trained chemical engineer, David Whitlock, who wondered why mammals roll around in the dirt as part of their natural cleanliness rituals.

Whitlock soon realized that certain elements of modern humans’ hygiene practices had disrupted the natural bacterial biome on their bodies, potentially doing more harm than good. So he founded AOBiome and set out to research the application of specially engineered ammonia oxidizing bacteria (AOB) that, under specific conditions, could potentially have a positive impact on a range of issues. These bacteria “convert ammonia to nitrite, an antimicrobial compound, and nitric oxide, a well-documented signaling molecule in the inflammatory process,” according to the company.

This “peacekeeper bacteria,” as the company calls it, is as versatile as a Swiss Army knife, allowing AOBiome to produce various formulations comprising a single organism that can potentially yield a broad range of positive health and hygiene outcomes. Because the manufacture of bacterial mixes is profoundly complicated, the use of a single bacteria allows the company to simplify the application of its technology.

AOBiome tested out its AOB concept on a small batch of people who showered only with water and then doused themselves in the company’s live bacteria. The experiment was entertainingly documented in a popular 2014 New York Times story by Julia Scott, “My No-Soap, No-Shampoo, Bacteria-Rich Hygiene Experiment.”*

The experiment and the public interest stirred by the article allowed AOBiome to define its place in an important public health conversation about conventional products and hygiene practices.

It was then that Jasmina Agonovic, now president of Mother Dirt, joined the AOBiome team to establish the company’s consumer-facing side, which has facilitated a dialogue between consumers and the firm’s clinical activities.

Aganovic explained toGlobal Cosmetic Industry that AOBiome was able to partner with early adopters, described in the New York Times piece, who were willing to experiment with the restoration of a more natural bacterial biome on their bodies. This experimentation generated the company’s early anecdotal evidence, which it could leverage for future research, and to address a wider unarticulated need to reset humans’ relationship with bacteria and contemporary hygiene standards.

But Mother Dirt, which asks consumers to “Rethink Healthy Skin,” is up front about its biome-friendly products, which it claims will “restore and maintain good bacteria on your skin.” Agonovic explained that the brand seeks to challenge the consumer by being honest about the use of live bacteria.

Mother Dirt now offers the live probiotic AO+ Mist ($49), a Biome-Friendly Moisturizer for the face and body ($34), a biome-friendly Shampoo ($15), and a biome-friendly foaming Face & Body Cleanser ($15). Agonovic noted that AOBiome is scientifically driven but realistic about the consumer journey. As users of the mist began to understand the greater symbiotic balance of the skin, as well as concerns about conventional preservatives, they began to seek out supplemental products for cleansing and moisturizing. Thus, the shampoo, moisturizer and cleanser, which contain no live bacteria, were introduced.

The supplemental products, which contain no live bacteria, also serve as a gateway for consumers who are curious about preserving their natural biome but are not yet ready to spray live organisms onto their bodies.

Mother Dirt is keeping its product range simple and stripped down, making it easy to swap in against conventional products. Agonovic added that the limited range is aligned with Mother Dirt’s position as a functional—not pampering—brand.

Which points to a brand opportunity. Because Mother Dirt’s brand is gender-neutral, roughly half of its consumers are men. Agonovic noted that there could be opportunities to produce more gender-specific applications in the future. Perhaps microbiome-friendly makeup?

The Future of Bacteria-treated Skin

For instance, the bacteria may have a role in treating inflammatory skin diseases such as acne, eczema and rosacea, Agonovic explained. However, the time horizon is long due to the complexity of clinical research required to substantiate effective, easy-to-use products with low to no side effects. If successful, AOBiome could introduce viable topical alternatives to harsh treatments such as Accutane. Currently, the company is about to begin a stage-two trial for its acne treatment.

While the research continues, Agonovic stressed that microbiome treatments for a range of health issues and consumer needs are coming—it’s just a matter of who and how. She warned, however, that those firms that don’t properly substantiate their claims could mar the perception of the science.