“We are extremely pleased with our quarterly and 2011 results,” said Truman Hunt, president and CEO. “By all measures, 2011 was a record year. We’re also optimistic that our momentum will continue into 2012 as we roll out our latest product innovations globally. Our ageLOC super-class of anti-aging products continues to be a growth catalyst as demonstrated by tremendously successful limited-time offers of the ageLOC Galvanic Body Spa and ageLOC R² in the fourth quarter. In addition to the energy surrounding ageLOC, we are pleased with growth in the sales force, particularly in the greater China and South Asia/Pacific regions, as well as in South Korea. Additionally, based on our 2011 growth and strong balance sheet, we are raising our quarterly dividend by 25%.”

In North Asia, the company’s fourth quarter revenue grew 13% to $204.3 million, compared to $180.6 million for the same period in 2010. Revenue was positively impacted 4% by foreign currency fluctuations. Local currency revenue increased 49% in South Korea, offsetting an 8% local-currency decline in Japan. The number of executive and active distributors in the region increased 4% and 3%, respectively, compared to the prior year.

Revenue in Greater China improved 66% to $110.6 million for the quarter, and was positively impacted 3% by foreign currency fluctuations. The executive distributor count in the region increased 47% and the number of active distributors improved 21%.

Revenue in the South Asia-Pacific was $65.2 million for the fourth quarter, a 27% improvement over the prior year. Currency negatively impacted results by approximately 1%. The region’s fourth-quarter executive count improved 43%, while the active distributor count increased 18%.

For the Americas, fourth quarter revenue increased 25% to $76.9 million, compared to $61.4 million for the prior year. Regional results were boosted by approximately $13 million of convention sales to distributors from outside the region. The number of executive and active distributors in the region increased 1% and 3%, respectively.

“We closed out 2011 on a high note and anticipate another record year in 2012,” said Hunt. “Our primary growth driver for 2012 will be the global roll out of our new ageLOC products. We launched these products in the Americas, North Asia and Europe regions in January and will continue the roll outs in the greater China and South Asia-Pacific regions in the second and third quarters.

“Emerging markets continue to generate strong results with particularly impressive growth in the greater China and South Asia-Pacific regions. Our initiatives are driving solid growth in our distributor force as evidenced by healthy gains in both our active and executive distributor numbers, reflecting our compelling business opportunity and fueling our optimism for the future. Overall, we are pleased with the continued positive direction of the business and we believe that we are on track to produce another record year in 2012,” commented Hunt.

And Ritch Wood, CFO of Nu Skin, said, “Although we recently provided 2012 guidance, based upon a solid start to this year as well as higher expectations for our regional product launches, we are increasing our annual revenue guidance to $1.81 billion to $1.84 billion. We continue to see currency negatively impacting 2012 revenue by 1%. In addition, we are increasing our earnings guidance to $2.84–2.94 per share. We project first quarter revenue of $437–447 million with earnings per share in the $0.68–0.71 range. We expect currency impact to be neutral for the first quarter.” 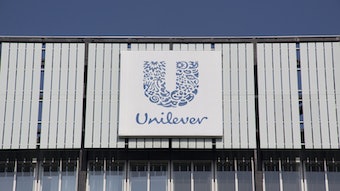