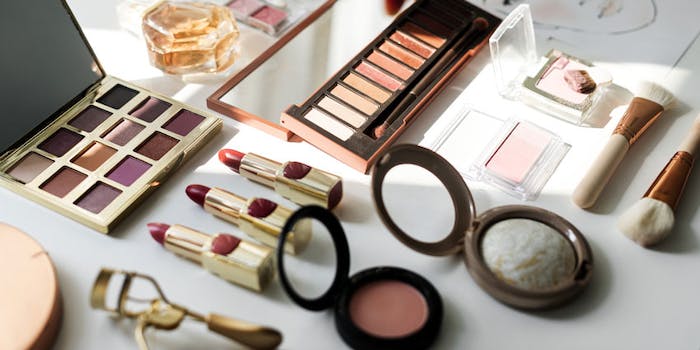 Counterfeits and knockoffs do tremendous harm to the U.S. economy, significantly compromising sales and threatening brand reputations. While fighting such fakes can be tricky and expensive, there is a lesser known legal venue where such battles can be cost-efficient and effective— a valuable insight for cosmetic, fragrance and skin care companies looking to fight an increasingly widespread knockoff epidemic.

Though knockoffs are usually associated with clothes and/or purses, they are also rampant in the cosmetic, fragrance and skin care industries, with counterfeits being sold not only through internet-only sources like Amazon but also via the websites of major retailers. Wholesale markets also produce thousands of search results for popular makeup products, many of them knockoffs.

The magnitude of the problem surprises many—for example, in 2016, Estée Lauder alone seized more than 2.6 million products, and a single 2017 raid in Zheijang, China found retailers with inventories totaling $120 million. The problem is so great with skin care products that dermatologists have set up a website providing users a way to purchase directly from skin care manufacturers as a way to guarantee they are not receiving fakes.

Counterfeits harm cosmetic companies in at least two ways. First, they decrease sales. However, equally dangerous is the threat they pose to companies’ reputations—some of the counterfeits contain ingredients such as arsenic or mercury, or bacterial contamination, causing adverse reactions in customers who are unaware that they are using a fake and therefore blame the brand.

Fighting this made-up makeup can be difficult and costly. Overseas knockoff artists selling over the internet are both hard to find and difficult for U.S. courts to obtain jurisdiction over. Further, the plethora of infringers means brand owners have to sue in multiple courts—an expensive endeavor—and hope any judicial orders they obtain are enforceable against fly-by-night makers.

To combat these imposters, companies can spend significant resources, often focusing on two methods: either filing lawsuits in the U.S. district courts or registering their trademarks with customs. Unfortunately, all too often these methods come up short.

The district court lawsuits run into many of the problems mentioned above—filing in numerous states is expensive, and U.S. courts have limited jurisdiction over overseas companies, and almost none over internet sellers whose identities cannot be ascertained. In addition, litigation can take years.

Registering a trademark with U.S. Customs can be useful in certain circumstances, but does not apply to patents, design patents, unregistered trademarks, distinctive trade dress or non-trademarked aspects of branding and packaging, nor can it be used to stop true knockoffs (which do not use the brand name or logo).

Knocking Out Knockoffs with the USITC

Cosmetic companies fighting fakes should be considering a different venue: the U.S. International Trade Commission (USITC; www.usitc.gov), an independent government agency. The USITC is the most expedient, cost-effective way for companies to stop counterfeits/knockoffs from coming into the United States, particularly when the items are being sold over the internet and it is difficult to locate the actual source of the fake goods.

A brand owner who receives a USITC general exclusion order receives the right to have U.S. Customs stop any goods that infringe its intellectual property—be it a design patent, trademark, trade dress, grey market, copyright or even false advertising—from entering the United States. The infringing goods are stopped at the border, regardless of where they are coming from and who is attempting to import them.

By law, the procedure must take no more than 16 months. However, in many if not most knockoff cases, the defendants default, so relief is obtained in less than a year and with less expense than most companies anticipate.

Proven Strategy for Other Industries

Though no cosmetics makers have yet taken advantage of the USITC’s procedures, those fighting knockoff in other industries have, often with great success. For example, companies like Louis Vuitton and Crocs have used USITC proceedings as part of their brand protection strategy, as have companies like Phillip Morris (to fight counterfeit cigarettes) and Sharpie (to stop, for example, “Sharpei” indelible markers).

Crocs foam footwear were all the rage in the early 2000s. However, success bred a flood of cheap imitators and soon competitors swamped the market with knockoffs. To stop the inflow, Crocs filed a complaint with the USITC asserting both its utility and design patents, and also asserted that its products’ distinctive appearance and image were protected trade dress. The brand prevailed; in 2011 the USITC issued a general exclusion order barring all knockoffs which infringed Crocs’ patents from entering the United States.

Louis Vuitton was in a similar situation with widespread knockoffs of its popular handbags. For example, just one of the known knockoff makers, which primarily distributed using the internet and hard-to-trace aliases, was capable of producing up to 200,000 units per style, per month. Louis Vuitton tried numerous strategies to prevent the sale of the ubiquitous knockoffs, including sending cease-and-desist letters, bringing trademark enforcement lawsuits and even instituting criminal suits. They finally approached the USITC and received a general exclusion order barring knockoffs using certain Louis Vuitton trademarks.

The orders obtained by Crocs and Louis Vuitton remain in force today.

The USITC does have some disadvantages—no damages for past sales and tricky procedural rules that trap the inexperienced—and does require that the brand owner have significant U.S. operations—but for those that meet its criteria, the USITC can be a powerful weapon in cutting off a flood of knockoffs.

Aarti Shah is a member of the law firm Mintz Levin and focuses her practice on patent litigation, particularly at the USITC. Based in Washington, D.C., she has served in the U.S. International Trade Commission as a Senior Investigative Attorney.