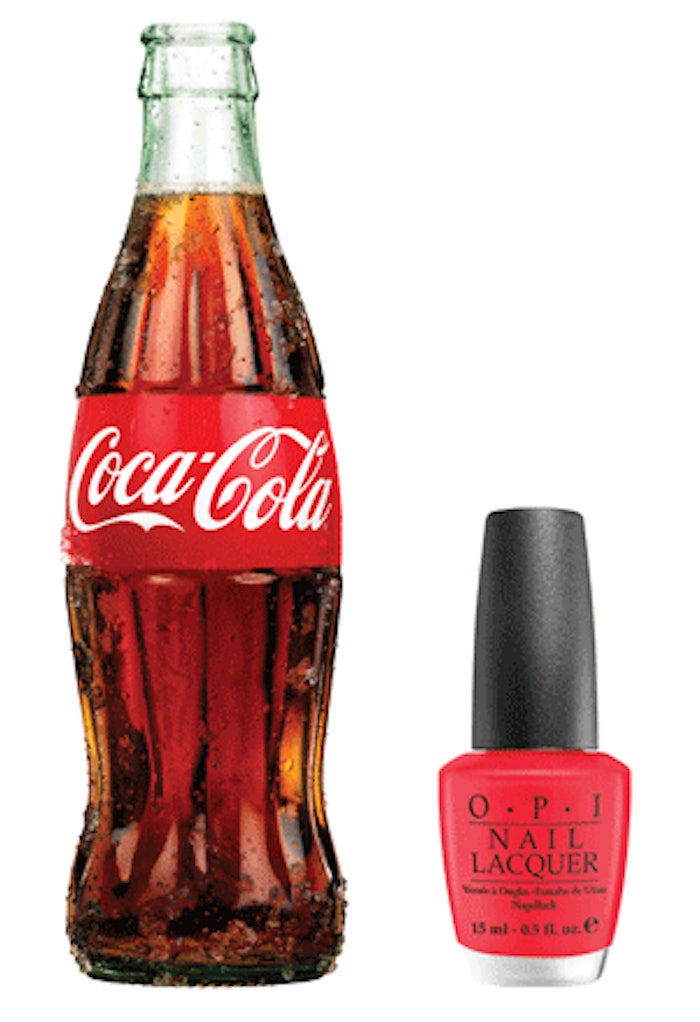 OPI Products Inc., a subsidiary of Coty Inc., announced a collaboration with The Coca-Cola Company, the world’s largest beverage company and home to one of the world’s most iconic brands—Coca-Cola, whose mission is to inspire moments of refreshment, optimism and happiness. Several of the company’s most recognized brands—including Coca-Cola, Diet Coke, Coke Zero, Cherry Coke, Vanilla Coke, Sprite and Fanta—will be the inspiration for a line of OPI limited edition nail lacquers that will launch internationally in June 2014.

“We’re excited to partner with OPI, a preeminent nail polish brand with global reach and influence among our core target teen audience,” said Kate Dwyer, group director, worldwide licensing, The Coca-Cola Company. “Coca-Cola has a long history of collaborations with beauty and lifestyle brands to further connect with consumers and tastemakers in a way that is meaningful and relevant for them.”

“As the global leader in the professional nail industry, OPI is thrilled to partner with the world’s top beverage company, The Coca-Cola Company,” remarked Suzi Weiss-Fischmann, OPI co-founder and executive vice president. “These two iconic brands truly deliver happiness in a bottle—whether it’s a refreshing, invigorating sip of Coke or a set of fingers and toes perfectly polished with OPI nail lacquer.”