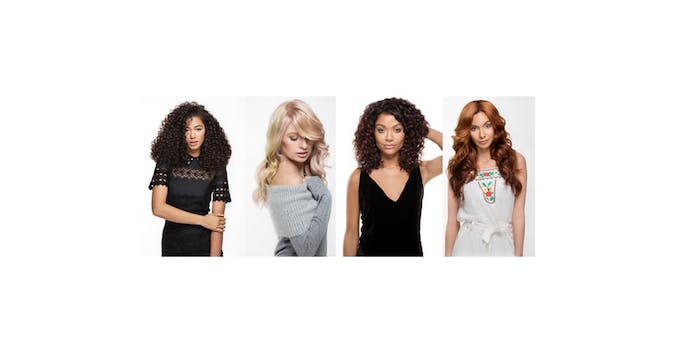 This year marks the 10 year anniversary for Keratin Complex, a hair care company specializing in smoothing treatments, color products and styling collections. To help celebrate, the company has launched a marketing campaign to empower women by embracing their individuality and inner beauty.

The company believes this new campaign aligns with its core values of “creating healthier hair inside and out” and plans on releasing a collector’s edition 10th anniversary coffee table book in March 2017. The book will include styling ideas, tips from beauty experts and steps to become the best version on oneself.

The campaign was shot by photographer Cody Rasmussen, who worked with Keratin Complex international artistic director Deb Gavin, hairstylist Andrea Wilson and makeup artist Renee Garnes. Models and social media influencers such as Dulce Ruby and havuni are featured in the campaign.

Gavin was quoted saying, “We’ve been seeing a rise in the desire to express individuality. It’s an embrace of one’s natural attributes, rather than an attempt to change or disguise them to fit a prescribed mold. At Keratin Complex, we want to show that by using our products, you can create unique styles, letting your true self shine through.”

The Nutrafol Growth Activator is a natural serum that absorbs into the scalp to help boost cell renewal and activate thicker-looking, stronger-feeling hair.
Oct 18th, 2021

This Words from Wiechers highlights the lack of formulations for segments of the population that have specific needs based upon hair or skin type. Presenting Wiechers's insights is Tony O'Lenick; Ali Syed, Ph.D., of Avalon Industries, shares additional expertise.
Oct 12th, 2021

Rounding up data from various sources such as Spate, Gattefossé provided its forecast for fall consumer trends and related formulation recommendations.
Oct 11th, 2021

3 Keys to the Future of Hair Care Innovation