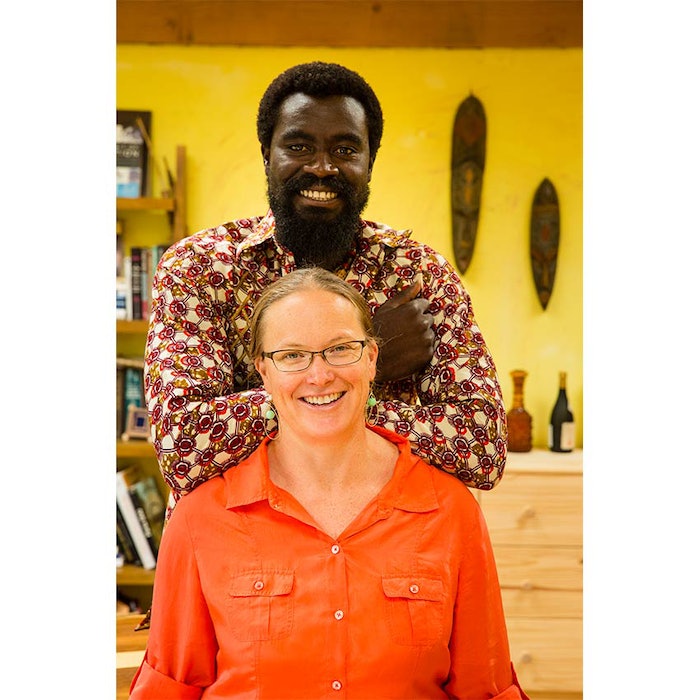 Today’s consumers want brands with a backstory, transparent origin and an ethical positioning. But wanting to do good is easy. Doing good is hard. No one knows this more than Alaffia, a personal care brand based in Olympia, Washington.

Alaffia began in 2004 as a kitchen project founded by husband-wife team Olowo-n’djo Tchala and Prairie Rose Hyde. The founders’ original vision was to sell bulk fair-trade products from Togo in West Africa, such as shea and coconut oil, baobab and neem. However, the owners soon realized that, in order to spur sales, they would need to begin formulating products containing these pure ingredients.

Alaffia’s body, skin and hair care business has since expanded to a massive warehouse and more than 100 employees, a thriving retail expansion and a growing network of fair trade relationships in West Africa.

Alaffia has even introduced an array of deodorants with key ingredients such as coconut, bergamot, neem, lavender, turmeric, vetiver, mandarin and ginger.

The Authentic range includes products such as Authentic African Black Soap and Africa’s Secret Multipurpose Skin Cream. The products are formulated with shea and palm oil, as well as potash made from shea nut husks and plantain leaves, which are purported to be detoxifying.

The Beautiful Curls range, which Hyde created for her daughters, includes hair care products such as the Wavy to Curly Defining Gel and Curly to Kinky Activating Leave-In Conditioner. Alaffia has even introduced an array of deodorants with key ingredients such as coconut, bergamot, neem, lavender, turmeric, vetiver, mandarin and ginger.

Alaffia has embraced the heritage of its ingredient source in its design. The neem, turmeric, coconut and reishi products have a contemporary look that includes a hand-drawn look.

The company’s growth has created six cooperatives in Togo for the collection and production of ingredients such as coconut and shea, as well as a network of about 50 artisan sewists, whose wares Alaffia retails under the Queen Alaffia label.

Ten percent of Alaffia’s sales go back to those empowerment programs in Togo, which benefit more than 40 ethnic groups.

Ten percent of Alaffia’s sales go back to those empowerment programs in Togo, which benefit more than 40 ethnic groups. The company supports reforestation, women’s empowerment and educational projects for local communities, while also supporting the regional fight against female genital mutilation.

It took time for the brand to build trust with locals, said Anne Gamab, Alaffia’s communications liaison. Tchala and Hyde were based in the United States when the company was founded. So Alaffia built its base slowly, beginning with a cooperative of 50 women. As trust was built, the relationships quickly expanded.