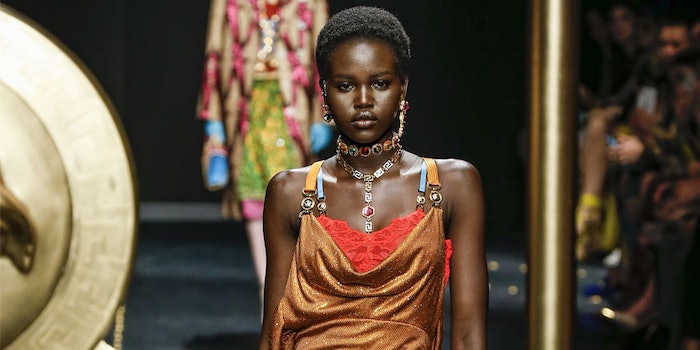 Adut Akech made her modelling debut in 2016 in the Yves Saint Laurent show.

The South Sudanese-Australian model will reportedly appear in makeup and skin care campaigns across digital, in-store, TV and print. She will appear in her first campaign this July.

Akech made her modelling debut in 2016 in the Yves Saint Laurent show, according to The Moodie Davitt Report.

She was awarded Model of the Year in the 2019 The Fashion Awards. She was also featured on the TIME100 Next List.

In addition, she has partnered with the United Nations High Commissioner for Refugees (UNHCR) to promote causes that support refugees around the world.