Dove Teams Up with Steven Universe for Short Film 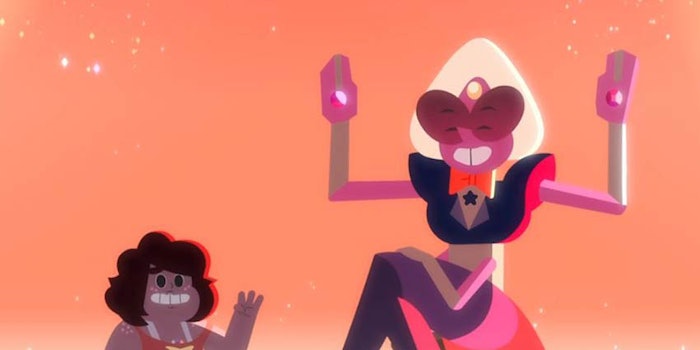 Dove has released a new short film, “Competing and Comparing Looks,’ as part of its partnership with Cartoon Network’s Steven Universe.

The film sees Steven Universe characters Smoky Quartz and Sardonyx chatting about their different, but equally amazing, bodies—reminding viewers that everyone is beautiful and unique.

It is the second in a series of six co-created with Cartoon Network aiming to address some of the biggest barriers to self-esteem and body-confidence facing kids today. Additionally, the show’s Crystal Gems (along with friends) released the self-esteem driven song “We Deserve to Shine.”

Research has indicated that media can have a powerful influence on young peoples’ emotional intelligence; children who spend an average of 2 hours and 19 minutes a day on screen media can see a negative impact on their self-esteem and body confidence.