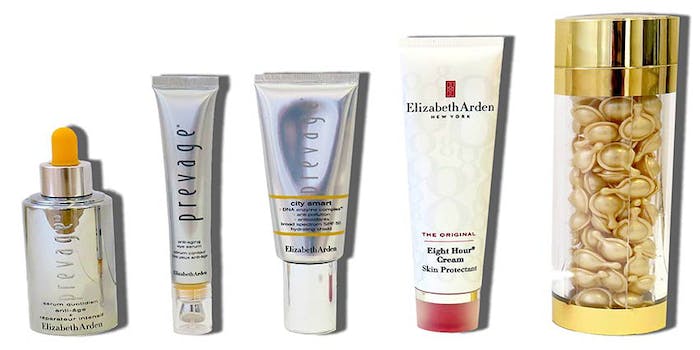 Elizabeth Arden branded products did quite well in the latest quarter and full-year 2016.

Ahead of the completion of its acquisition by Revlon, Elizabeth Arden, Inc. has announced fourth quarter full year 2016 net sales of $192.7 million, an increase of 9.8% from the prior year period, and $966.7 million, a decrease of 0.4% from the prior fiscal year, respectively. (Read the last period's financials here.)

Elizabeth Arden reported growth in every international region, excepting Latin America. The European region increased by 3% on top of a 27% increase for the third fiscal quarter, and the company’s Asia Pacific and greater China markets increased by 19% and 12%, respectively, led by continued momentum of the Elizabeth Arden brand and the ecommerce platform in China and performance of the Company’s regional joint venture.