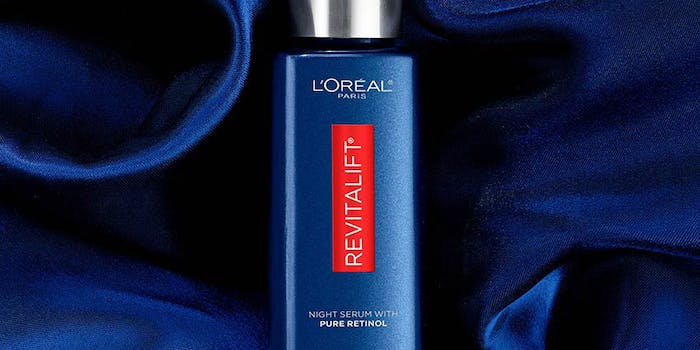 L'Oreal has seen relatively strong results in e-commerce and China.

L’Oréal Professionnel had a good start of the year but the entire division was hard hit by professional services shutdowns around the world. Fortunately, results improved as hair salons reopened, with growth returning to the United States, Germany and China.

Kérastase out-performed the market due to the Genesis launch and its omnichannel development.

The division's e-commerce posted record growth in the first half, mirroring other categories.

Consumer product results were also aided by market share gains in most of the major European countries and surprisingly good performance in Brazil, which ended the first half in positive territory.

U.S. online sales more than doubled in the first half.

Highpoints included Kiehl’s, Lancôme and Helena Rubinstein, as well as new launches such as Libre by Yves Saint Laurent.

In China, the luxe division returned to growth of more than 30% and has seen good results in relation to Mother’s Day and Father’s Day.

E-commerce increased by more than 65%, yet travel retail has of course lagged significantly.

E-commerce became the number one growth driver in all zones.

Asia and in North America drove the results on the strength of CeraVe, SkinCeuticals and La Roche-Posay. CeraVe, in particular, is the number one brand in terms of contribution to the division’s growth and posted double-digit growth in all zones.

The L’Oréal group has shown great resilience during this first half of 2020, marked by the crisis of the Covid-19 pandemic. The group’s first priority during this period was to ensure the health and welfare of its employees everywhere in the world, to protect its small clients and suppliers with credit and payment facilities, and to be in solidarity with health care workers with the donation of more than 15 million units of hand sanitizer gel and moisturizing hand cream.

The consumption of beauty products over the period was strongly impacted by the closure of millions of points of sale (hair salons, perfumeries, department stores, airport stores, etc.) which caused a real crisis of supply, rather than demand, with consumers temporarily unable to purchase products and services.

In these exceptionally difficult circumstances, each division of L’Oréal has demonstrated great business resilience. The active cosmetics division has managed to maintain good growth. The consumer products division limited the impact on sales despite its heavy weight in makeup, which was the category that slowed the most.

The L’Oréal luxe and professional products divisions were remarkably successful at maintaining relatively solid activity, thanks to e-commerce, despite the closure of almost all of their points of sale.

As a result, the group overall has managed to outperform the beauty market over the period. It has seen its activity accelerate month after month since April, and is progressively returning to growth. This business resilience was made possible by several key strengths of the group.

First of all, our lead in the field of digital and e-commerce, which proved to be crucial during the crisis and is now even bigger, with e-commerce growing by 64.6% over the first half. L’Oréal's performance in mainland China was also decisive, with growth in the second quarter of +30%. Finally, the power of our brands and our major products, which are a true refuge for consumers in these troubled times.

We must also underline the tremendous mobilization and remarkable agility of our teams throughout the world. At the same time, the group was able to deliver results that demonstrate solid resistance: profitability at 18% close to the annual level of 2019, limited decline in earnings per share, and overall a very well preserved profit and loss account, with a high gross margin, lower costs, and investment in research and business drivers maintained in relative value.

We approach this second half with lucidity, confidence and resolve. Lucidity because the global health crisis is unfortunately not over. Confidence because consumers' appetite for beauty is intact, access to points of sale should be easier going forward, and e-commerce will continue to get stronger.

And finally resolve because in this second half of the year, we are embarking on an aggressive plan of new product launches and business drivers to stimulate, in partnership with our retail partners, the return of the consumption of beauty products.

We are therefore determined to outperform the market, find again the path to growth if the sanitary conditions allow it, and deliver solid profitability.