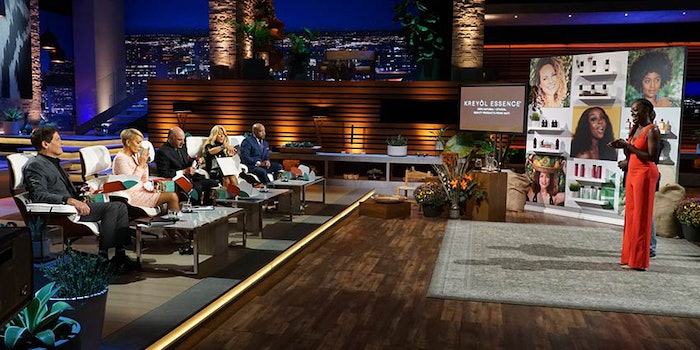 Kreyol Essence co-founders earn a $400,000 investment from Kevin O'Leary in their appearance on "Shark Tank."

Kreyol Essence walked away from Shark Tank with a $400,000 investment from Kevin O’Leary, after co-founders talked him down from a 37% equity to a 10% equity and a royalty on every product sold, according to an article on Inc.

The hair, skin and body line is made with organic black castor oil from Haiti, where as many as 300 farmers work on a company-owned farm to harvest the seeds from the Ricinus communis plant and extract the oil, according to the article.

Miami-based Kreyol Essence currently sells its products, which range from $8 to $60, on its website and with retailers like Whole Foods.

Co-founders Stephane Jean-Baptiste and Yve-Car Momperousse, who are also husband and wife, launched Kreyol Essence in 2014, but after losing one of their top clients two years later, the company’s sales dropped from $130,000 in 2014 to $40,000 in 2016.

Instead of closing the business, the couple pivoted to a direct-to-consumer business model, which earned $327,000 in sales the following year. When the episode of Shark Tank was filmed in 2019, Jean-Baptiste and Momperousse said they expected to end the year with $2 million due to a deal with Ulta to sell Kreyol Essence in 1,200 stores, according to the article.

“We were not expecting Mr. Wonderful to be a partner in a Haitian beauty brand,” Momperousse said after leaving the Tank. “But Kevin O'Leary surprises you.”