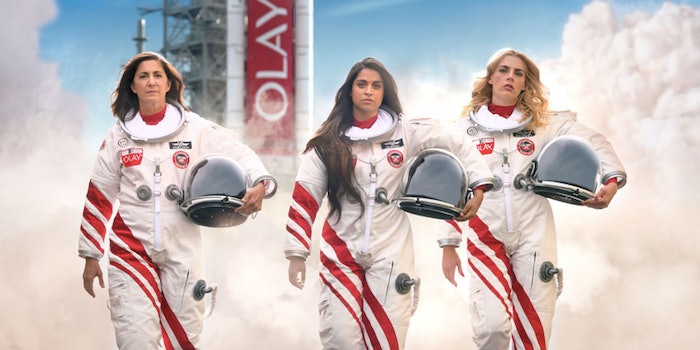 Olay has announced it will be returning to the Super Bowl and has released a teaser video for its commercial campaign, which will celebrate the NASA astronauts who recently made the second ever all-female spacewalk.

Inspired by the first all-female space walk last year, Olay’s Super Bowl ad stars Lilly Singh and Busy Philipps take a trip into space with retired astronaut Nicole Stott. The space mission is overseen by mission controller Taraji P. Henson and shared over the air waves by Katie Couric. The ad puts this crew of women on the quest to #MakeSpaceForWomen.

Taking the #MakeSpaceForWomen campaign a step further by donating to getting more girls into STEM to enable the next generation of female scientists, engineers, programmers and space explorers. From January 15 to February 3, Olay will donate $1 to Girls Who Code every time users tag @OlaySkin and use #MakeSpaceForWomen hashtag on Twitter.