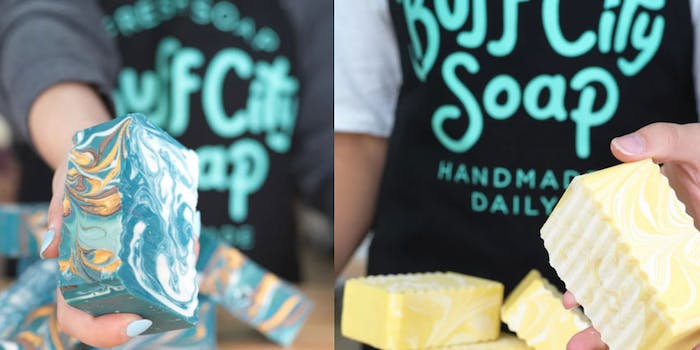 Buff City Soap currently has more than 100 stores across the U.S.

Buff City Soap, a plant-based home and personal care brand, has received funding from General Atlantic. Terms of the deal were not disclosed.

According to the brand, it will use the funds to support continued store openings, product category expansion and growth in e-commerce.

Buff City Soap currently has more than 100 stores across the United States and has "significant" expansion planned for 2021 and beyond. Its franchisees have helped extend the brand’s reach to more than 20 states.

Andrew Crawford, global head of consumer at General Atlantic, said: "With a handmade product line and a focus on transparency, Buff City Soap has established a loyal customer following. As consumers increasingly look for high-quality home and personal care offerings that emphasize plant-based ingredients, we believe there is meaningful opportunity for Buff City Soap’s continued growth through product, category, and unit expansion. We look forward to partnering with the Buff City Soap management team, as well as existing investors Crux Capital and Guideboat Capital, to meaningfully scale the business.”