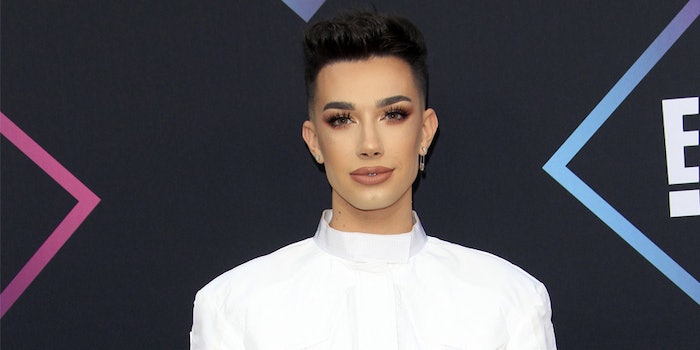 Youtube has temporarily removed Charles from its Partnership Program.

James Charles is facing backlash after admitting earlier this month to sending explicit messages to children. YouTube and Morphe have both ended their partnerships with the beauty influencer, according to BBC News.

YouTube has temporarily removed Charles from its Partnership Program, which allows YouTubers to make money from their content, BBC reports.

On April 16, 2021, Morphe made this announcement on its social media:

"In light of the recent allegations against James Charles, Morphe and James have agreed to end our business relationship and wind down sales of the Morphe x James Charles product offering ... It is and has always been Morphe's goal to create a positive, safe and empowering space where all beauty lovers can freely share their artistry and passion for cosmetics, and Morphe is committed to furthering that goal."

BBC reports that Charles shared a video on YouTube entitled "Holding Myself Accountable," admitting to the two incidents in question where he exchanged messages with two children.

However, since then, Charles posted on his Twitter saying that others are coming forward with "a series of misleading stories and false allegations." His legal team is reportedly taking action against those spreading the supposed misinformation.