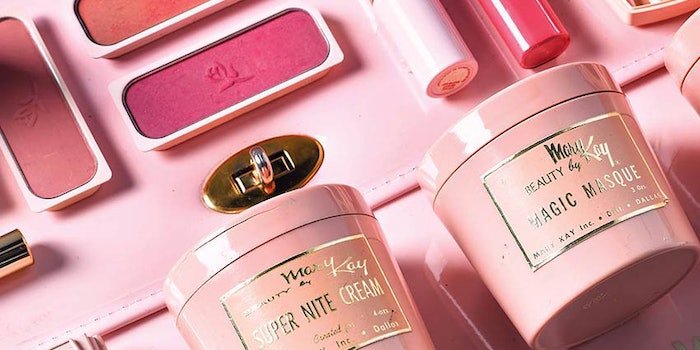 Mary Kay Ash ordered her first pink Cadillac Coupe DeVille in 1967, asking the Dallas dealership to paint it pale pink to match the makeup in her purse; two years later, she rewarded the top five independent sales force members with their own 1970 models, kicking off the Mary Kay Career Car Program.

“The exclusive ‘Mary Kay Pink Pearl’ Cadillac is an iconic part of both General Motors’ and Mary Kay’s past, present and future,” said Ed Peper, U.S. vice president of General Motors Fleet. “After five decades, this is one of our strongest and longest-lasting customer relationships. Over the years we’ve been honored to include other Chevrolet, Buick, GMC and Cadillac vehicles in the Mary Kay Career Car Program.”

“For 50 years, Mary Kay pink Cadillacs have remained a coveted symbol of success, and we’re thrilled to mark this milestone anniversary at the company’s annual U.S. Leadership Conference in San Diego,” said Nathan Moore, president of Mary Kay Inc.’s North America region. “If these wheels could talk, they would tell you about the many adventures of Mary Kay’s top independent sales force members—from bringing babies home from the hospital to delivering countless Mary Kay products to brand lovers nationwide. The Mary Kay Career Car Program is an integral part of not only our company’s story but also the stories of thousands of successful Mary Kay entrepreneurs.”